Martha Thomases on the Zen of Con 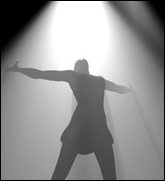 You are at the San Diego Comic-Con, the biggest pop-culture event on the planet. And you may feel a little over-whelmed. So many people. So much to see, so much sound and color. So many nay-sayers, such as myself a week ago.

What should you do?

Let me help. I am going to tell you how to have the best time possible.

It’s not a matter of rules (wear comfortable shoes) or tricks (there is a secret passageway between the Hyatt bar and Hall H, known only to the local Masons). It’s a matter of attitude.

You’ve been planning since you got the programming schedule, and you have your weekend planned out like a military assault.

Well, don’t give it up. Just be prepared for things to go wrong.

The best con experiences I’ve had have been great precisely because I could not have planned them. Perhaps I got locked out of a panel I really wanted to see because of an ever crowded floor slowing my progress, but on the way back, I saw a cosplay staging of all the crews of the various Star Trek series.

Or the people I’ve met, standing in line for signings.

Or the great Italian restaurant you got to through a grocery store, where I took out 15 people for not much more than $200, including drinks. Never been able to find it again. I think it’s like Brigadoon.

You are in one of our nation’s most beautiful cities, on the water, with hundreds of thousands of people who share your interests. Don’t get so caught up I what you’re going to do next that you don’t notice what you’re doing now.

Breathe out. Breathe in.

My point is, if your happiness depends on successfully completing your plans, you will fail. If you have goals, but keep yourself open to possibility, you will have stories to tell.

Stories. Ultimately, that’s what the San Diego Comic-Con is all about.