Mindy Newell: The Geek And Her Daughter 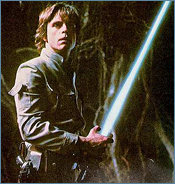 Yesterday I stopped by Vector Comics, my local dispenser of all things comics related, to pick up my readings, which included Vertigo’s Saucer Country by Paul Cornell and Ryan Kelly, ComicMix columnist John Ostrander’s Dawn Of The Jedi: Force Storm from Dark Horse, and the latest issue of Dark Horse’s Buffy The Vampire Slayer by Andrew Chambliss, Scott Allie, Cliff Richards, Andy Ownes – executive produced by Joss Whedon, of course. Does that man ever sleep?

Before I left I got into a discussion with Alex, one of the guys behind the counter, about summer movies. Well, specifically, about The Avengers. Alex told me that he had already seen it, having gone into Manhattan to get in line for the first showing at midnight. Which made me very jealous and pissy, ‘cause these days my life is about work, school, work, school, work, school, work, school… and oh, yeah, writing this column. I will probably be the last person in America to see it on the big screen. No, make that the world. Thanks to Denny’s column last week, I know that the movie has been open in the international market for nine days already.

So then Alex and I got to talking about other summer movies, and the first season blockbuster that made an impression on us. For me it was in 1975, the summer I saw Jaws.

I was at Camp Monroe in Monroe, NY – going to sleep away camp is a time-honored ritual for Jewish kids in the New York metropolitan area – and working as a nurse’s aide in the camp infirmary. I knew the camp was planning an outing to the movies, and with some wheedling I got to go on the possibility of some kid getting carsick. I didn’t know what it was about. I don’t think there were that many who did, except for some of the counselors and adult staff who had read Peter Benchley’s book, but I had a hankering to get “off-campus.”

That night the infirmary was busy with kids having nightmares and unable to sleep. The next night the pool was full of “great white sharks.” And me? I’m still way more comfortable in a pool than in the ocean.

Anyway, the conversation got me to thinking last night about summers and movies and how sometimes the movies and the summers become entwined in your life and make great memories.

For me that movie was Star Wars. I remember coming home from working that 1977 Memorial Day holiday and being incredibly pissed off at my then-boyfriend because he had gone to see it that afternoon with some friends instead of waiting for me. I immediately said, “Well, we’re going tonight,” Incredibly, instead of him complaining, he said, “okay.” Curious, I said, “You mean it? You just saw it a few hours ago.” All he said was, “You’ll see.”

Boy, did I ever! I can’t even describe the experience, even after all these years. I was so blown away by what was happening on the screen – the rolling introduction fading into a sea of stars, the endless Imperial battleship coming in seemingly over our heads, the Falcon jumping into hyperspace, Luke and Leia swinging across the chasm – that I didn’t really get the actual story until the second time I saw it. Which was the following Wednesday, ‘cause I was off from work and I went by myself to a matinee showing while then-husband was working.

I remember coming home and sending off for a subscription to Starlog. No more waiting for the next issue to appear on the newsstand. I wanted more. Lots more. I devoured everything Star Wars. When I found out there was going to be a sequel, I drooled and yeaned and read and reread every article I could find on it. I discovered NPR by accident one night and they were playing a “radio theatre” of Star Wars. (I’ve been a devotee of NPR ever since.) I sent away for the cassette (yeah, remember those?) so I could play it whenever I wanted to. I even saved the issue of Time magazine with Empire as the cover story – it’s still somewhere in the house.

Oh, I was a geek, and it was a great time to be a geek. I didn’t have to hide it anymore. Except around my family.

Which is why I had my daughter Alix. She was a great excuse to indulge myself.

By the time Empire came out my daughter Alix was nearing her first birthday. I remember buying her a full-scale model of the Millennium Falcon. For Hanukah, Christmas, and her birthday, I told my family. “Yeah, right,” they said. I remember that when she was two I brought her to the rerelease of Empire, buying a shitload of candy and soda so she wouldn’t be bored ‘cause I couldn’t find a babysitter. I remember seeing, in the back of Starlog, an ad for Luke’s Rebel jacket. Adult sizes. And kid’s sizes. I remember chickening out of buying one for myself. But I bought one for her. She looked so cool in it, even if it was kinda big. My family said, “what a great motorcycle jacket.” I said, “It’s Luke’s jacket from Empire.” Suddenly it wasn’t so great. (But she had that jacket for years, as she grew into it. And even kept trying to squeeze into it as she got older.)

And what was the effect on Alix? She’s 32 now, married, with a Master’s degree and a corner office with a window and responsibilities. She’s a serious adult.