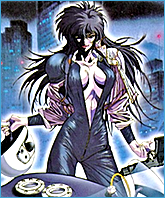 This past weekend, Unshaven Comics took a leap of faith. We attended our very first Anime Convention. To be honest, we had little expectation. The Samurnauts, while well-rooted in Sentairoots, isn’t Manga in any sense of the word. It’s pastiche. It’s homage. For those not initiated, it appears only to be tongue-in-cheek. But I digress.

We purchased a table at the third annual Anime Midwest show, now in the lovely Hyatt Hotel in Rosemont, Illinois. Considered perhaps to be the little brother to the now monumental A-Cen show from a few months back, we were unsure if the show would be heavily attended and how we would strike the fancy of a fan-base we as a creative unit are only marginally related to.

Oh, how surprised we were. But first, a bit of backstory.

Speaking only for myself, my relationship to the Japanese comic/movie/TV Show empire was one of tepid acceptance. Shortly after meeting Matt and Kyle in 6th grade, it was clear that I would need to get on the Manga train. By 8th grade, Kyle and his brother had a basement full of VHS tapes (both booted from Japanese TV, and purchased at Suncoast Video), and a near encyclopedic knowledge of dozens of series, both in print and on screen. Matt was a longtime fan of Guyver and Neon Genesis Evangelion as well as dozens of other giant robot animes. Just as when your girlfriend decides to be a vegetarian begets your becoming a vegetarian, so too did I find myself sampling several series from across the pond.

I found several that I genuinely loved. The gritty Angel Cop with its leather, boobs, and super psychics. Record of Lodos War, homage to Tolkien with a Japanese twist. Akira, of course. And a smattering of others. I found most Anime to be kindred spirits to the comic books and super heroes I held dear, but with a foreign (natch) and mature manner about itself. Sitting down to a marathon of Evangelion left me both emotionally drained and completely inspired.

Unlike American action, the Japanese love (even in animated form) to let action unfold without a shaking camera. They like to pepper stories with emotional breaks and pauses. Every so often they even let complete sequences go without dialogue, letting the artistry on screen do all the communicating necessary. Their stories tended to be more complex, and with more expansive universes (albeit rarely shared like the DCU or 616). In simplest terms? Manga and Anime represented to me a world and culture that could easily be obsessed over and beloved by a sect of nerd-culture. Me, perhaps, if only from afar.

We were told by many friends that Anime Shows tend to be “friendlier.” Upon entering the hotel, I immediately recognized why. Comic book fans share a love of a wide-berth medium. Anime fans tend to be closer knit. While there are just as many genres, styles, and sub-sub-cultures within the Otaku world, here I noted that the relative age of the fan was younger than I’d been used to seeing at comic-cons. The show itself was also more akin to what comic-cons used to be like. Here was a convention that was built in celebration of the medium, not just vapid promotion. The brunt of the show attendees were there to view episodes, attend panels, contests, discussions, and enjoy the company of their brethren. The dealer room we sat in was merely one small hall amongst several others. Not the star of the show, just another part of it.

It was perhaps this that made things so lucrative for us. With fans able to attend so many different things while at the convention, our little dealer room was there for them to explore and to discover. When we made our pitch, much like at comic-cons, we were met with laughter, and quizzical looks. But unlike comic shows, we rarely heard the all-too-common “I just got here, and I’m making some rounds. I may be back.” Instead, we were given a “yes!” or a very polite “no thank you.” Matt sold 10+ commissions. I sold a few Domos. It was, for all intents and purposes, one of the most profitable shows we’d ever attended.

Beyond simple dollars and cents though, I come out of the experience once again inspired. Here this group of fans still celebrate their medium more than they snark at it from a far. Here cosplayers dress less to impress and more to get hugs and high-fives. Here is a convention more attuned to the type of event I long for (and will see again first hand in Baltimore – which still stands as the most comic-booky con I’ve had the pleasure to attend). I tip my hat to the Otaku. Anime and Manga is a once forgotten love-like of mine that I think I’ll have to revisit. Sometimes all it takes are a few pairs of enormous eyes to open our own, no?