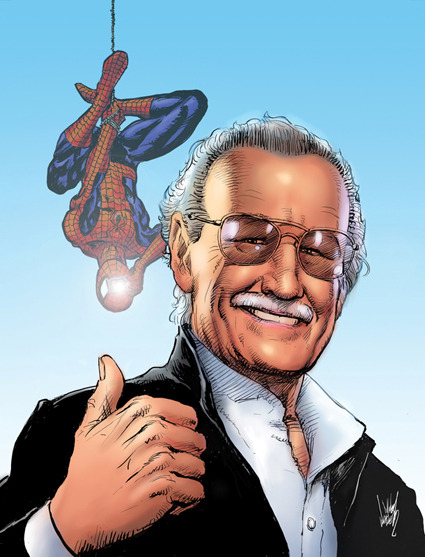 If you’ve ever read anything from Clifford Meth, you know he can be a ferocious writer, and ferociously talented. We like that sort of thing here, and that’s why we’ve published his stuff in the past. He’s compiling his columns and essays into a book, and you have a few hours left to pre-order it on Kickstarter:

Comic Book Babylon gathers icons HARLAN ELLISON, STAN LEE, ALAN MOORE, FRANK MILLER, JOE KUBERT, GENE COLAN, DAVE COCKRUM, WALTER SIMONSON and NEAL ADAMS into a conversation with CLIFFORD METH where anything goes. Among other stories, you’ll learn how & why X-Men co-creator Dave Cockrum became the first Marvel artist to receive a monetary settlement and lifetime royalties for his creations after years of suffering and virtual banishment… You’ll meet a well-known Hollywood film producer who doesn’t like to pay his writers (until someone squeezes his face)… You’ll read Harlan Ellison saying things no one else would publish…

This fascinating book collects Meth’s decades of comics columns and essays–some too outrageous to publish in their day–and adds never-before-revealed material. Everything is brought to life with sensational illustrations by the celebrated and beloved Marvel/DC artist MICHAEL NETZER.

What’s achieved is a startling look at the REAL villains and heroes of comics. Introduction by STAN LEE. Art by NETZER. Rants by METH. Join us!