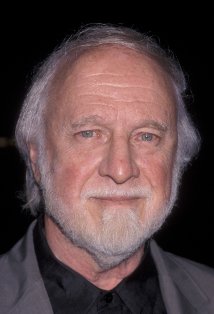 Renowned science fiction, fantasy, and horror writer Richard Matheson died June 23, 2013 at his home at the age of 87. Matheson is the author of classic SF novels I Am Legend (1954) and The Shrinking Man (1956), among numerous other books. Many of his iconic works have become abiding parts of popular culture, and many of them have been adapted into comics by IDW Publishing. Adaptations of his works included I Am Legend, adapted by Steve Niles and Elman Brown, Blood Son, adapted by Chris Ryall and Ashley Wood, and Duel by Ryall and Rafa Garres.

Matheson’s writing has always been popular for film and TV adaptations, with several of Matheson’s works being adapted, notably film versions of I Am Legend including The Last Man On Earth, The Omega Man, and I Am Legend. The Shrinking Man was filmed as The Incredible Shrinking Man (adapted by Matheson and winner of a Hugo Award for Outstanding Movie). Other novels that inspired films include A Stir of Echoes, Hell House, World Fantasy Award-winning romance Bid Time Return (filmed as Somewhere in Time), and What Dreams May Come.

His horror story “Duel” was the basis for one of the first films directed by Steven Spielberg, with a script by Matheson. He also wrote 14 episodes for The Twilight Zone, including classics “Nightmare at 20,000 Feet” and “Steel”; the latter was adapted again as film Real Steel. He adapted his story “The Box” (1970) for an episode of the revived Twilight Zone in the ’80s called “Button, Button”, and the story also inspired film The Box (2009). He also wrote episodes for Star Trek (“The Enemy Within”) and Night Gallery, plus TV and feature films, including horror movies with director Roger Corman.

Matheson was a prolific author of horror, SF, fantasy, Westerns, suspense, and mainstream novels. His most recent books are Other Kingdoms and autobiographical novel Generations.

Matheson’s first genre story was “Born of Man and Woman” in 1950, winner of a Retro Hugo in 2001. His short work and scripts have been collected in many volumes, notably Born of Man and Woman: Tales of Science Fiction and Fantasy and World Fantasy Award winner Richard Matheson: Collected Stories.

Richard Burton Matheson was born February 20, 1926 in Allendale NJ. He grew up in Brooklyn and served in the infantry during WWII. He earned a journalism degree from the University of Missouri in 1949, and relocated to California in 1951. He married Ruth Ann Woodson in 1952, and they had four children, three of whom are writers — Chris Matheson, Richard Christian Matheson, and Ali Matheson.

Matheson won the World Fantasy Award for Lifetime Achievement in 1984 and a Stoker Life Achievement award in 1991. He was named a World Horror Grandmaster in 1991, an International Horror Guild Living Legend in 2000, and in 2010 was inducted into the Science Fiction Hall of Fame in 2010.