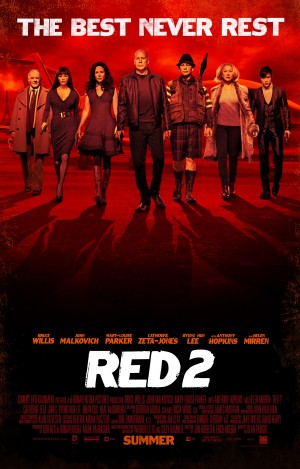 Red 2 is coming this summer and it’s promising to look as much fun as the first one was. Summit is releasing this sequel, based on the WildStorm graphic novel by Warren Ellis and Cully Hamner in late July with the full cast returning (although Ernest Bognine is sadly no longer with us). Instead, we get the addition of Catherine Zeta-Jones, which is just fine with us. The new one-sheet was released today.