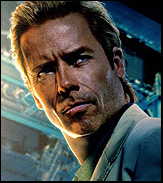 Like everyone else in the United States, I saw Iron Man 3  last weekend with my illustrious colleague, Mike Gold. I went for the explosions. I went to see my future husband, Robert Downey Jr. I went because I love Kiss Kiss Bang Bang by Shane Black beyond all reason.

And I had a good time. But, as time goes on and I have time to consider what I saw, there is one thing that bugs me. If spoilers are going to bother you, depending on your standards for what constitutes a spoiler, you may want to stop reading now.

And that brings us to this week’s word:

There is a kid in the movie who helps Tony Stark. The kid lives in Tennessee with his mom, his dad having abandoned them long ago. The kid is, of course, a boy, because, for the most part, boys are more interesting to Hollywood than girls are.

If I were still a kid, this would have been my absolute favorite part of the movie, because I would identify with the boy (identifying with boys is something girls are expected to do all the time, although the converse is rarely true) and feel what it’s like to hang out with a super-hero. As an adult, I thought this part went on a bit too long.

So long, in fact, that I started to worry about the kid. His mother had to work, so she wasn’t at home. At night. Leaving her kid by himself, to run around town with Iron Man, even when there were explosions. We don’t know if she ever finds out what he was doing.

Mothers are hardly ever the leading characters in action-adventure stories. In comics, there is Sue Storm in Fantastic Four, Mark Andreyko’s Manhunter, and I can’t think of any others (please correct me in the comments). There are a lot of mom’s (and mom surrogates) who are supporting characters – Martha Kent, Martha Wayne, Aunt May, Maggie Sawyer, Hippolyte – but very few headliners have to find child care.

I think this has to do in large part because of who makes comics, and who they think the audience is. Men, for the most part, don’t identify with mothers. Boys (of all ages) prefer to think of their moms as people devoted to being parents, not lean, mean, world-saving machines.

As for sex, that other inspiration for plots, none of these guys want to think about their moms – or anyone’s mom – having sex. Ever. Unless that woman is maybe the mother of Blue Ivy Carter.

In real life, of course, mothers are heroes every hour of every day. No matter how one defines the term, mothers are brave and self-sacrificing and just plain bad-ass.

And that’s after they have pushed a live human being out of their bodies.

You could take your mom to see Iron Man 3 this weekend, and she’ll probably like it, because, in addition to its other attributes, it has Guy Pearce. Just be sure to tell her that you know she’s tough enough as she is, and doesn’t need any armor to prove it.