Michael Davis: Steven Barnes and Tananarive Due – Eulogy For The Sacrificial Negro 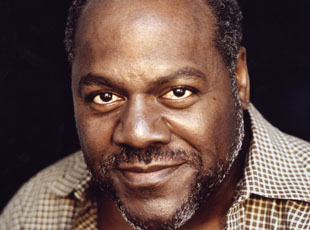 (Michael ran this piece on MichaelDavisWorld.com and asked that we run it here at ComicMix in place of his regular column. After reading it, you’ll know why!)

When is making a short zombie film an act of protest?

When the heroes and heroines are black. When there is no Sacrificial Negro to fulfill the fantasy that our lives matter less than white lives. When there is no cooning, shucking or jiving. When no black “Spiritual Guide” exists only to ennoble and enlighten white characters. When artists and backers unite to circumvent cultural barriers to tell our own stories.

As authors and screenwriters, we never set out to become filmmakers. But after years of options, pitches and meetings, we realized Hollywood is just a money machine following the ticket-buying habits of America as a whole. It will never lead. It was time to stop waiting for Hollywood to translate our stories to screen.

So the idea for our short film Danger Word was born.

Danger Word, adapted from our YA novel Devil’s Wake, is a coming-of-age short film about a 13-year-old girl surviving in the woods with her grandfather after the zombie apocalypse, and how her birthday celebration goes badly awry. (We have signed film and television veteran Frankie Faison, pictured above, to play Grandpa Joe.)

But that’s just the logline. It’s really about creating imagery of our families caring for each other, and the bitter lessons all children face on the path to adulthood. In the tradition of Night of the Living Dead, it’s a horrific social prism reflecting our real world’s trials.

The history of blacks in horror, fantasy and science fiction films has not been pretty. The casting of Duane Jones as the lead of “Night of the Living Dead” transformed fears of black power into a fable of disintegrating society—and never forget that the lead character’s advice got everyone killed. Supernatural films from The Shining to The Green Mile specialize in black characters with amazing powers who die so that white people can live and grow. Minus the amazing powers, we recently saw this example replayed in television’s “The Walking Dead” and the death of T-Dog. Morgan Freeman has played God more often than he’s been passionately kissed onscreen. In the cinema, Will Smith has saved the world more often than he’s made love. And let’s not count the number of films in which the ONLY black character dies while white characters survive and get the girl.

When’s the last time you saw an American film where the only white character died while the black characters survived? It’s pretty obvious that this is working out some deep unconscious fears and preferences on the part of artists and audiences.

It’s absurd. And totally understandable. The mythology of every group of human beings is built around one idea: “God made us first, and loves us best.” Every group…except black Americans.

Fairy tales in all cultures exist to preserve the central values and beliefs of the societies that create them. And just as black people tend to pay special attention to films with black stars, white audience (not absolutely, but statistically) prefer films with people who look like them as the leads. And when non-white characters are leads, they like them to be singular, not sexual competition, and preserve social values they personally hold dear. Note the anger toward Will Smith’s son Jaden in internet chatter over the upcoming science fiction film After Earth. Smith is passing along his accumulated cultural capital, and that threatens the status quo in a way that Smith as an individual does not. (The real “gap” is not between black and white income…but between black and white inherited wealth. The amount of capital, financial or cultural, passed from generation to generation.) Films are also a part of our children’s inheritance.

Tananarive’s supernatural love story My Soul to Keep sat at a studio for seven years without getting made. (We optioned it to the studio before our son was born, and he was in second grade before we got the rights back.) When Steve’s dystopian martial-arts fable Streetlethal was in development, the first question he was asked was: “Can we make the lead white?”

Many of you have similar stories. Enough is enough.

But we have to proceed carefully. And one reality is that there is no faster way to go broke than to personally finance a cinematic passion project. Like our director and co-producer Luchina Fisher (Death in the Family), we don’t have a hedge fund and giant investors. We have to raise the budget through crowd funding—or community funding, as we call it.

If the audience is there, if people like you believe that our children deserve stories of heroism and ingenuity, that OUR children need to see themselves as central to creation…that we have as much right as anyone else to cheer for people who look as if they could live in our mirrors…movies like Danger Word can exist, and feed something deep within us. There is no hour of the day or night when white audiences cannot turn on their televisions and see images of power and sexuality and courage. No day of the week they cannot go to the movies and not see these images fifty-feet high on the silver screen. No hour they cannot pick up books or comic books and have their fantasies reinforced: We are the kings and queens. We are the best. We are the most powerful, sexiest, smartest, most courageous and beautiful creatures in the world.

Joseph Campbell’s archetype of “The Hero’s Journey” says that our myths and stories are the village elders telling us “this is what life will be.” And that understanding leads us to the understanding of our Selves. And that without that understanding, we are vulnerable to any external programming. Say, for instance, programming that says we are less than, or should only live in support of. That we are not as central to creation as anyone else. And that is not a legacy we will pass to our children. Or yours.

With the example of artists like Ava DuVernay and her AFFRM distribution model, a new day is dawning in black independent film. Black-themed horror could be “The Next Big Thing” in the footsteps of Asian horror, with fresh image systems and cultural references.

A journey of a thousand miles begins with a single step, and Danger Word is ours.

Please help us by spreading the word and donating what you can.

Steven Barnes has published 28 novels of science fiction and fantasy. He has been nominated for Hugo, Nebula, and Cable Ace awards. His television work includes The Twilight Zone, Stargate and Andromeda, and his “A Stitch in Time” episode of The Outer Limits won an Emmy Award for actress Amanda Plummer. His alternate history novel Lion’s Blood won the 2003 Endeavor Award. He won an NAACP Image Award for In the Night of the Heat, a mystery novel co-authored with his wife, Tananarive Due, in collaboration with actor Blair Underwood. Visit his website at www.diamondhour.com.

Tananarive Due is the author of a dozen novels, including the supernatural suspense novels My Soul to Keep and The Good House (both formerly in development at Fox Searchlight). She is the recipient of an American Book Award. In 2009, she received an NAACP Image Award with Steven Barnes and actor Blair Underwood for their Tennyson Hardwick mystery novel In the Night of the Heat. Her website is at www.tananarivedue.com.