Michael Davis: And A Dollar Short 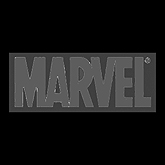 I know to some that feels impossible, but it’s true. 20 years ago Milestone Media was formed and still to this day is the most successful African American owned comic book company in history. It’s hard to believe and even harder to believe that I was just five years old when Milestone began.

Over the last 20 years Milestone has continued to make history. The amazing success of Static Shock on television, continued publishing of the Dakota Universe over the years and a ever growing and loyal fan base.

This year the legend of Milestone will be cemented for all time when Comic Con International, the biggest pop culture event in the world, honors Milestone 20th anniversary.

That’s huge but what I’m about to reveal here is even bigger.

The rumors are true, Milestone Media, although never really gone, will begin publishing monthly in September of this year under the Marvel comics banner.

The press release goes out this week but as promised some time ago in this column I’m breaking the news here.

Not only will Marvel comics be the new home of Icon, Static, The Blood Syndicate and Hardware next February in celebration of Black History month Marvel will launch Blackout, the event to beat all previous event.

Blackout will be the month every single Marvel superhero will become black and we are talking about their race, not their costumes although they will be black also.

Marvel’s commitment to the project is incredible.

Keeping with Milestone’s promise to its fans to “keep it real.” all of the super villains in the Blackout event will be white. “Keeping it real” is something that Milestone is known for, and that’s why the cost of Blackout will be half of what it would be if the superheroes were still white.

In addition all the storylines of Blackout will center around an inner city family where the father is not just absent but also in jail or on the streets involved in drugs. Because we are concerned with stereotypes, the drug storyline will not feature an absent father stung out on drugs.

The storylines will depict the father as the drug dealer.

I can’t really go into too much more detail as I may have given away way too much. I will tell you this, the black Tony Stark will still date only white women.