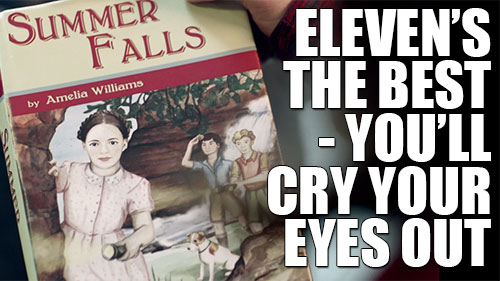 BBC Books will be releasing Amelia Williams’ children’s classic Summer Falls in e-book form, tying in with its appearance in the Doctor Who episode The Bells of Saint John.

Amelia Williams, née Pond, and her husband Rory, The Doctor’s previous companions, were transported back to 1930s New York at the end of The Angels Take Manhattan. Based on the evidence, she became part of the publishing industry, writing this book and publishing the Melody Malone adventure The Angel’s Kiss.

This is the third tie-in book produced for the series, the first two being the aforementioned Melody Malone adventure and The Devil in the Smoke, an adventure featuring Madame Vastra, Jenny, and Strax the Sontaran.

Summer Falls will be released on April 4th, and is available now for pre-order on Amazon.com.