Win a Copy of Willow on Blu-ray 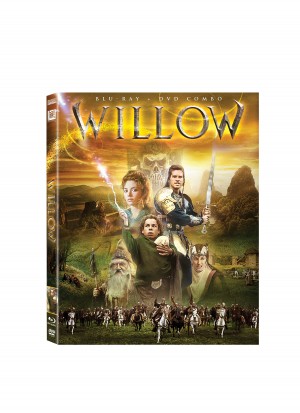 Journey to the far corners of your imagination with Willow, for the first time ever on stunning Blu-ray!  Written and produced by George Lucas and directed by Ron Howard, the film tells a timeless fantasy tale in which heroes come in all sizes…and adventure is the greatest magic of all.  In celebration of its 25th anniversary, the unforgettable classic has been fully digitally restored and debuts on Blu-ray and DVD Combo Pack March 12, 2013 from Lucasfilm Ltd. and Twentieth Century Fox Home Entertainment.

The Willow Blu-ray and DVD include a dazzling array of extras with never-before-seen exclusive content such as deleted scenes with remarks from Ron Howard, a personal video diary of Warwick Davis, matte paintings and much more. In addition, look out for Ron Howard’s new introduction for the original 1988 featurette “The Making of an Adventure,” as well as special effect legend Dennis Muren’s new intro to his piece, “From Morf to Morphing: The Dawn of Digital Filmmaking.”

Our friends at Twentieth Century Fox Home Entertainment have given us two copies to giveaway. Entries must be received no later than 11:59 p.m. Wednesday, March  13. The decision of ComicMix is final. In order to win your very own copy of Willow on Blu-ray Combo Pack, simply answer the following question:

What did Ron Howard direct immediately after Willow?