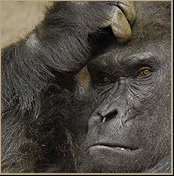 I love psuedo-science. More than anything else, the “how” of super-heroes and science fiction is what initially draws me in. My first real memories of my impending nerd-dom stemmed from the Teenage Mutant Ninja Turtles; where I learned that radioactive interplanetary ooze, when liberally applied to animals, created anthropomorphic heroes and villains. And where most of my friends were just happy to have new action figures, I was always perplexed as to how a rhino and warthog, when exposed to said ooze, ended up a mutated state of similar weight and stature. But I digress.

When my attention made way towards comic books, the same curiosity drew me first towards the Marvel universe. Taken against the “crap fell outta the sky, and now you’re super-powered” methodology so many of the DC heroes, Marvel seemed to celebrate the polar opposite. Hulk, Spider-Man, Captain America, Iron Man… all products of science. And let us never forget those pesky mutants. Stan Lee, in the multitude of interviews he’s given over the years always laughed off his choices in the origins of his characters. I’d like to believe though, that there was a bit more to it than he’d let on. The majority of his heroes and villains share science as a passion, and profession. Their powers, results of experiments gone awry. Taken in context of the age in which they were born? It’s fairly easy to see the dots connecting; in the age of the atom, of course scientists would end up mutating themselves and the world at large!

After my recent converting toward Trekdom, I can now say without a shred of sarcasm that I hold Trek above Wars because of the technical bedrock beneath the naked green chicks. At their cores, both universes celebrate journeys. But only Trek dares to boldly go where no man has gone before. Not that Star Wars is without some awesome psuedo-science of its own… but in my mind, it came well after Lucas opened his universe to other collaborators. Men and women who sought to better the mythos with a little less Kurosawa, and a bit more Kelvin.

But what is it that appeals to me so? It’s that shred of plausibility that helps endear me towards creations that embrace it. In contrast, those worlds made of pure fantasy never caught my heart. Where my wife can’t wait for the next Hobbit or Harry Potter, I could honestly care less. Sure, I appreciate the characters themselves, and the plot and structure presented in their various forms. But at their core? They celebrate worlds without reason. Where a kid can ride a broom not because he’s found a way to displace gravity fields, but because his parents loved him a whole ton. Meh.

A cursory look at my bookshelf shows a plethora of writers whose work encompasses these similar feelings. Alan Moore, Grant Morrison, Jonathan Hickman, Warren Ellis, and the like all celebrate the art of technobabble. Their stories, as grand as they may become, still root themselves in panes of logic and reason. Their heroes and villains operate less on threads of sheer will, hope, or love. While their ultimate deus ex machinas may very well encompass those indefinable qualities in order to reach catharsis or conclusion… the worlds built around them all contain some form of believability that allows me to enjoy the work just a bit more than those who simply “wish hard”.

Remember when [[[The Matrix]]] first came about? Long before Neo was wearing his digital crown of thorns, the Wachowski brothers first tried to provide a foundation with which to build upon. And by the end of their first flick, I could enjoy Neo’s triumph over the machines not because of his amazing will to win the day, but because of his understanding of the laws of the program he was an avatar of. His triumph was one of science, not faith.

In Geoff Johns’s expansion of the Green Lantern universe, I celebrated the psuedo-science of the emotional spectrum. Certainly if we could believe that will was somehow a measurable source of energy, so too could be anger, avarice, love, compassion, hope, and fear.

But when Kronos, back with a vengeance, waged war on the Guardians who banished him so very long ago… what defeated him? A big Photoshopped beam from Hal Jordan. Sheer will. Used against a guy who had the weight of the entire emotional spectrum behind him. The scientist inside me screamed with righteous indignation. Based on even small amounts of actual logic, I was left aghast. One emotion, no matter how large (and Photoshoppy), should trump seven. Especially when the shooter of said super beam is merely a mortal man, and his opponent a crazy-assed demi-god. Johns failed to follow the laws of science he himself previously designed (so-to-speak). Simply put? Geoff wrote himself into a corner, and asked for a pass out of it. He flunked the exam. Of course given his captain of the football team status at DC, he slid right past the failing grade. Psuedo-science be damned.

In the universes we fictioneers build, there is an understanding between our words and our audience. To each creation comes a set of laws we play in and around. Those who do it best, gain my attention, respect, and money. Those who disregard it get my furrowed eyebrow and shaking fist. Consider this experiment open-ended. Where there is plausibility, there’s potential. And where there is potential… there’s the possibility of endless wonder. And where there is no need for that? Well, fuck it. Let it fall out of the sky. I mean, why not?