From The Muppets to Richard Parker, Animated Animals in Film 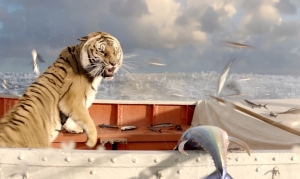 It’s been a very good week for Ang Lee and novelist Yann Martel. Lee, of course, won the Best Director Oscar for The Life of Pi, adapting Martel’s magical novel. The film itself was warmly received, earning it admiration from the Academy. The film is being released by Twentieth Century Fox Home Entertainment on Blu-ray 3D, Blu-ray and DVD on March 12.

Based on the acclaimed best-selling novel from Yann Martel that has been published in 40 languages, and brought to life by visionary Academy Award winning director Ang Lee (Brokeback Mountain, Crouching Tiger, Hidden Dragon), this magical adventure of hope, wonder, survival, and the power of the human spirit has been celebrated by critics all over the world.

Much was made of the animals brought to life through digital legerdemain but the film was far from the first to bring artificial animals to the screen, dating all the way back to Windsor McCay’s Gertie the Dinosaur. In more recent times, puppetry was the way to go, pioneered in numerous ways. The first commercially successful film to use puppets, of course, was from Jim Henson. 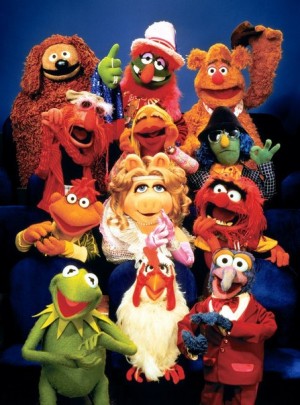 The first Muppet movie came to our screens in 1979 and these lovable characters were created without the use of CGI. Each Muppet character was carved out of various types of foam, and then covered with fleece, fur, or other felt-like material. Muppets represented a multitude of species including animals, humans and aliens. Even in this modern age, when interacting with Muppets, children still tend to act as though the Muppets were living creatures, even when they can see the puppeteers.

The original Star Wars trilogy contained over 100 alien animals spanning a multitude of planets without using CGI. The first film in this epic saga provided audiences with a multitude of film-firsts, including the first ever animated 3D wireframe graphic. Star Wars: A New Hope was made with a relatively small budget by today’s standards and many of the animals and aliens looked surprisingly familiar, check out the very Wolfman-like alien from the iconic Mos Eisley Cantina scene below. This character was changed using CGI for the special edition re-release in 1997.

Blink and you will miss the first use of a realistic CGI animal in a feature film.  The 1986 fantasy film Labyrinth showed off a flying digital owl in the opening credits. The opening sequence of Labyrinth was created by animators Laryy Yaeger and Bill Kroyer and won its animators the NCGA Best Computer Animation award of 1986.

Lucasfilm’s ILM division provided the Oscar-winning visual effects wizardry in this classic film. The studio used CGI along with animatronics and stop-motion miniatures to create the dinosaurs in Jurassic Park. The iconic first glimpse of those Brachiosauri was voted in the top 30 most magical moments in film by Empire magazine and broke new ground in CGI animation of animals on the big screen.

RISE OF PLANET OF THE APES 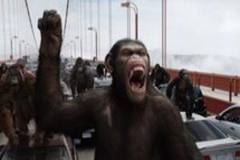 The latest addition to the Planet of the Apes franchise did not use a single real-life ape during filming. Working with WETA Digital the studio created lifelike apes through revolutionary motion-capture technology and visual effects. The film highlights the journey of an ape named Caesar, a fully CGI creation realized through a brilliant motion-capture performance by Andy Serkis, who used body suits and cameras to create the realistic movement we see in the film. This is the same technology Serkis used to play Gollum in the Lord of the Rings trilogy.

Ang Lee’s award winning adaptation Life of Pi relied on the use of CGI to create the Bengal tiger “Richard Parker” which shares the lifeboat with Pi. This was a tough task and so Lee brought in James Cameron and his team from the blockbuster Avatar to make sure that the CGI was the best it could be. To put this into context, the production team employed 15 artists to work only on Richard Parker’s fur, combing and placing all 10 million hairs on the tiger’s body to create the beautiful creature pacing across the screen.