Richard E. Grant returning to Doctor Who in second half of seventh season 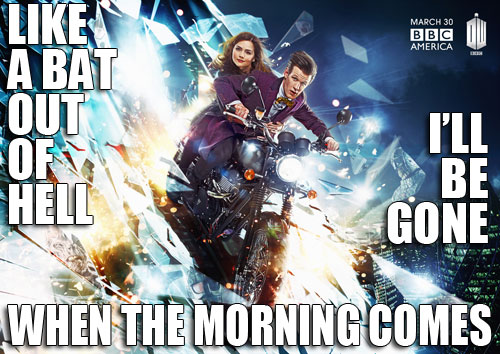 In BBC America’s press release discussing the second half of the seventh season of Doctor Who (premiering March 30th), a number of guest stars were listed, including Dougray Scott, Warwick Davis, Dame Diana Rigg and her daughter Rachel Stirling. But one name listed may be a big clue to the season’s Big Bad.

Richard E. Grant, who appeared in the Christmas episode, The Snowmen, will be returning in the season’s eight episode run.  Grant played Dr. Walter Simeon, head of the Great Intelligence Institute and mastermind behind a plan to take over the world with an army of animated ice creatures.  The Great Intelligence, the disembodied life force  who allied with Simeon (and voiced by Sir Ian McKellen), was a Who villain from the Troughton days, with appearances in many of the other media adventures, and a cameo in the 20th anniversary adventure The Five Doctors.

BBC America would not confirm the character Grant will play in his return, but the rumors that the Great Intelligence would make a further appearance in the series certainly gives one reason to suspect that we’ve not seen the last of Dr. Simeon. 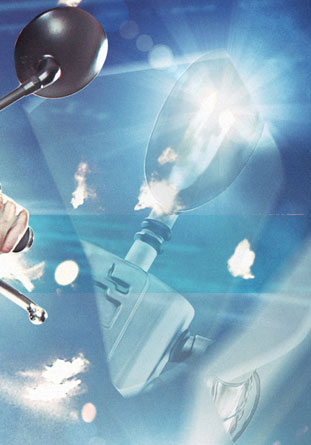 The Teaser photo, released yesterday by the BBC, offers numerous teasers about the new series, including our first look at The Spoonheads, the monster from the premiere episode, The Bells of St John, the first to be broadcast in 3-D.. Also featured are the Ice Warriors, returning via a story by Mark Gatiss, and the redesigned Cybermen from Neil Gaiman’s second DW adventure.

The series will also feature Jenna-Louise Coleman, and hopefully provide more information how the same woman with the same name could appear in three different times; the far future of Asylum of the Daleks, the Victorian age in The Snowmen, and modern day Britain.

Doctor Who premieres March 30th on the BBC, and on BBC America, as part of their “Supernatural Saturday” lineup. 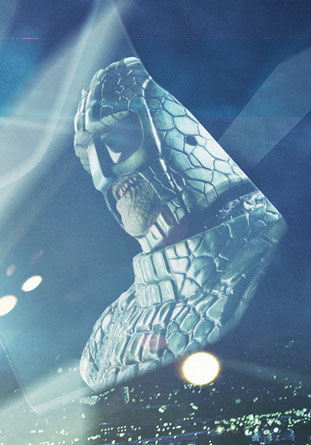