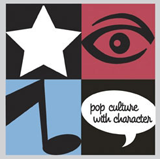 A few days ago I received an email from my friend John Jennings. John is a fantastic artist and teacher and I’ve known him for a lot of years.

I was not happy with what John had to say and let him know it. What John wrote me was a pretty detailed accounting of why some in the black comic arts community were not happy with the following line from the gallery show I’m curating for the Geppi Entertainment Museum called Milestones: African Americans in Comics. Pop Culture and Beyond.

“Up until now there has been no serious attempt to showcase African-Americans in the world of comic books, and the impact of their creative excellence, which has been a mainstay of the industry for as long as comics have been an American art form.”

Man, I went (as we say in the hood) Negro when I read that that line in the press release offended some people.

My response to John was in affect, how dare these mofo’s (white people, ask someone what that means, oh wait it’s New Years Day and you are all hung over so I’ll just tell you, motherfuckers. It means “motherfuckers”) be offended??

The reason why they were offended is because that line from the press release gives the impression that Milestones is the first exhibit of its kind. I must say, I’ve written some great kiss my ass letters in the past, but the one I wrote about those people who were “offended” was so good I thought about using it for a ComicMix article.

Before I could do that, John wrote a response that pretty much put be on blast (white people, ask someone what that means…oh I forgot New Years Day, hung over, OK “blast” in this instance means you call someone on their shit. Damn! I keep forgetting, New Year, hung over…’calling someone on their shit means you dismantle their argument), John called me on my shit.

Milestones is the latest in a line of exhibits that feature black comic book art and artists.

I’m going to give John a forum to break down what has gone before in the Black Comic Space in a guest column here (something he’s just learning right now) as no one is better equipped than John to do so.

Those who know me are well aware that when I’m wrong, I say it.

I also intend to acknowledge what has come before in any future press releases, interviews, etc. I think letting the millions of people that read me on ComicMix is a good start but I can do more and I will.

I’m excited about the show, I’m excited that Tatiana El-Khouri is co-curator, John is lending his considerable expertise and talent to the exhibition and Obama beat the living shit out of Romney.

That I was right about, was I not?

On a somber note, Peter David had a stroke the other day and all I can think of is how much I love that guy. Peter is not just a friend, he’s not just a great writer, he’s a really great guy.

Get well Peter and do it fast. We all love you dude.