COMING SOON AS A TRADE PAPERBACK 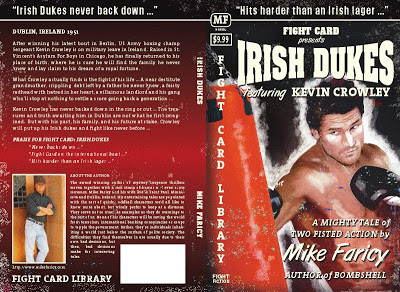 Fight Card Books has released the cover to the upcoming paperback edition of Irish Dukes by Mike Faricy. Currently available as an ebook, Irish Dukes will have a paperback release in the near future.

Learn more about the Fight Card series at www.fightcardbooks.com.
Listen to Paul Bishop’s Fight Card interview on the Earth Station One podcast here.