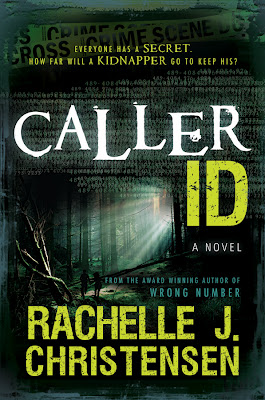 Sometimes the four lines describing something that has a cool cover are enough to pull someone into reading a book.  And sometimes, even for a fan of almost any even slightly Pulp hinting piece of prose like me, that handful of lines turns out to be the best part of the experience.
‘Caller ID’ is a story of a young lady who accidentally stumbles upon evidence of something going on out of the ordinary around her idyllic, wealthy home and lifestyle.   Literally into a marijuana field and accidentally onto a name on a Caller ID screen that is supposed to be the first step into the harrowing adventure ahead.
Kidnapped and held prisoner, our young heroine works fervently to piece the mystery around her together and to escape.  Meanwhile, her family brings in the FBI, including Agent Jason Edwards, who makes it his singular mission to rescue her and sort out all the details.
‘Caller ID’ has moments of suspense.  It has several scenes that can be described as tense and action filled.  There’s also an undercurrent of mystery and a countercurrent, it seems, of romance.   The author handles words well and there’s quite a bit of potential within this book, but it doesn’t ever make up its mind what sort of book it is.  Even if it is a suspense romance as its been billed, it doesn’t even clearly define itself that way.   The book opens with a promising build up of the heroine, then focus shifts to the possible villains, then back to her, then to the Agent and at that point, the narrative completely loses focus.  The resolution is telegraphed far too soon and that’s even not tied up well as there’s a last minute twist that lacks credulity.
TWO OUT OF FIVE TIPS OF THE HAT-‘Caller ID’ could have been high octane, tense, and still developed a romance between clearly defined characters.  Instead it just sort of rambled without really going anywhere exciting.
Share