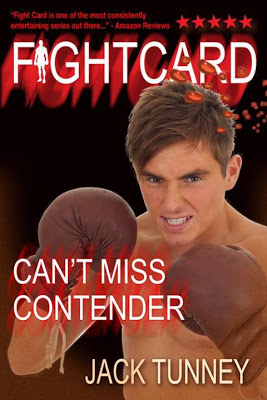 Our friends over at Fight Card Books shared their latest announcement.

Fight Card Publications announces the upcoming April debut of its new series Fight Card MMA, the first of several new expansions of the bestselling Fight Card brand.  Fight Card MMA will take the Fight Card series from the ring to the cage, while delivering ground-and-pound action equal to the exciting fistic pulp action demanded by fans of the monthly Fight Card novels.

Like the original Fight Card novels, the Fight Card MMA tales will be written by many of the best authors working in New Pulp under the series unifying pseudonym, Jack Tunney.

First up in the cage is author Gerard Brennan. His Fight Card MMA: Welcome To The Octagon takes readers deep into the hardscrabble world of Ireland’s burgeoning MMA scene, from dangerous underground battles to the spotlight of the cage.  Brennan has previously won critical acclaim for his hard-hitting novels The Point, Wee Rockets, and Fireproof.

Published simultaneously, Fight Card: The Kalamazoo Kid comes from top MMA author Jeremy Brown.  Brown’s previous MMA themed novels, Suckerpunch and Hook And Shoot – featuring rising MMA star Aaron Woodshed Wallace – have become the benchmark by which all other MMA themed novels are judged. Fight Card: The Kalamazoo Kid is a tightly plotted tale of revenge where every move inside and outside of the cage can be deadly.

Fight Card MMA: Welcome To The Octagon and Fight Card MMA: The Kalamazoo Kid will debut digitally and in print during the Pulp Ark convention to be held April 26-28-2013, in Springdale, AR.

Pulp Ark is one of the nation’s leading popular culture conventions, and will be featuring Fight Card co-creator Paul Bishop as a Guest of Honor.  Pulp Ark will also see the digital and print debut of Fight Card: Swamp Walloper, written by Bishop as a sequel to his first Fight Card novel, Fight Card: Felony Fists.

FIGHT CARD’S RUMBLE IN THE JUNGLE! 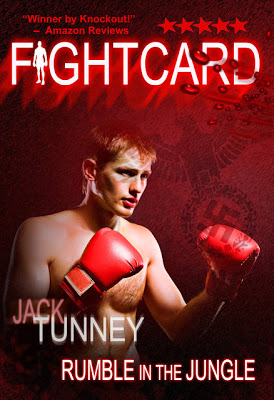 Rumble In The Jungle, The latest release from Fight Card Books is now available.

HELL’S KITCHEN, 1953
Brendan O’Toole is on a downward slide. When his wife dies in a freak car accident, he quits his job and hits the bottle hard. Half tanked in the ring, he allows himself to be knocked out, ending his boxing career.

O’Toole, hits rock bottom. After a night of boozing, he is brutally mugged and left for dead. But O’Toole has friends, even if he can’t see it. One of them is Danny Reilly, a barman with a heart of gold. He arranges for O’Toole to join a construction crew set to work on a hotel being built in the Central African jungle nation of Sezanda. It’s O’Toole’s last shot at redemption.

As things begin to look up for O’Toole, the Sezandan government is overthrown in a military coup. All foreigners are taken prisoner and locked in concentration camps. O’Toole is sent to the worst, Hell Camp XXI, under the control of a brutal ex-Nazi, Kommandant Krieger. Krieger has a special way of keeping his prisoners under control. In the camp, he has erected a boxing ring. And anyone who steps out of line is forced to face off against his man-mountain, wrecking machine, Crator – a man whose sole purpose is to inflict pain.

Fate has destined Brendan O’Toole to don the gloves one more time, in a fight not just for his life, but his very soul. 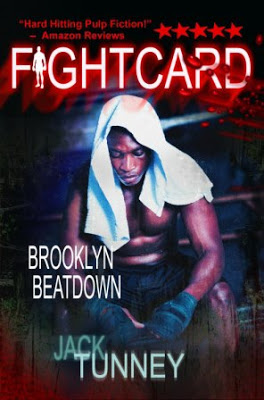 The Fight Card series continues on in 2013 with Brooklyn Beatdown by New Pulp Author, Derrick Ferguson, writing as Jack Tunney.