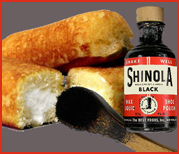 Some 30 years ago DC and Marvel produced a series of ads featuring their characters (except Superman) in one-page adventures hawking Hostess products. That campaign ran forever, so when we relaunched E-Man at First Comics I thought it would be fun to get people to do Hostess ad parodies featuring their creator-owned characters. John Byrne did Rog-2000, Max Collins and Terry Beatty did Mike Mist, Lee Marrs did Pudge Girl Blimp, Reed Waller did Omaha The Cat Dancer, and so on.

A few years later I was at DC Comics where I edited (interm-ly; Marv Wolfman was moving to the west coast and had some health issues) Teen Titans Spotlight. Mike Baron wrote a story featuring The Hawk (of the original Hawk and Dove) wherein the lead character uttered the epitaph “Bite My Twinkie!” Whereas it was completely in character, one of DC’s top-most executives took great offense at this. In an act of astonishing courage, our young photocopy-kid – who later became a full editor – demanded said executive to point to his Twinkie. That, I felt, was more salacious than Baron’s original line.

Twinkies became a metaphor long ago. Those childhood memories are exceptionally powerful: we all grew up on Twinkies and Ding Dongs and Zingers and those of us who were baby boomers routinely rediscovered that ancient passion around 2 AM after giving the nation of Columbia a boost in their GNP. In fact, Chicago’s hippie district bordered a Dolly Madison thrift shop (before the company was bought out by Hostess) and, to the best of my knowledge, it was the only said thrift shop to have overnight hours. It was a great place to meet up with friends.

So it is no surprise that last week’s sudden closure of Hostess has traumatized so many people. No matter how unhealthy the product was, those childhood attachments more than compensated. Millions of us who hadn’t eaten much of that stuff in the past four decades felt a genuine loss. My daughter is upset about the prospect of having Wonder Bread-less peanut butter sandwiches and she’s right: it will not be the same.

Sure, there’s a handful of Food Nazis who have been quoted as saying “well, now people can eat vegetables and other healthy stuff.” These people are dangerous lunatics. People who think somebody who can no longer procure a Ho-Ho will now reach for broccoli should not be allowed to operate heavy machinery.

We’d like to think that in comics we’ve progressed past the nostalgia connection, and to a certain extent we most certainly have. But the power of those childhood memories is so great that it would be ridiculous to assume they are no longer relevant. I got over the loss of Ipana toothpaste, but our culture is worse off for the absence of Shinola. It is no surprise to me, at least, that we started making “serious” comics movies when those who grew up with comics as a vital part of their childhood lives started working behind the camera.

So when I went to the local Stop and Stop Saturday afternoon and noted how the joint was totally cleared out of Hostess/Drakes/Dolly Madison products, I chuckled. Loudly.

And then I went over to the comics rack to see what was still on sale.