Martha Thomases: Judi Dench Is Not A Bond Girl 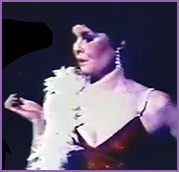 Like so much of the world, I went to see Skyfall this weekend. I went with my friend Karen, who hadn’t seen a James Bond movie in a few decades. We both had a fantastic time, and if you haven’t already gone and you like action movies, you should go, right now. This column will still be here when you get back. And, if you can’t go right this second, I shall do my best to avoid spoilers.

There are all kinds of reasons to enjoy this movie: Daniel Craig is a terrific Bond; the locations are exotic and beautiful; the set pieces, including the opening scene and the fight in the glass building, are inventive and exciting; the cinematography is glorious.

For the purposes of this column, I want to talk about a feminist reason to like it: M. Or rather, Judi Dench. Dame Judi is 78 years old, and, in this movie, she looks it. Her hair is gray, almost white. Her face is wrinkled. Her body, at least as it appears in the wardrobe assigned to her, is slack.

None of this makes any difference, because she is not a “Bond girl.” She is M. She is the head of MI6, and she is determined to do the best possible job she can. Her dedication is to her mission and her country. Because this is a James Bond movie, the emphasis is on her relationship with James Bond. However, this relationship, while cordial, is never less than professional, even when both of their lives are at stake. And it is the most compelling relationship in the whole movie.

Have we seen a female character less sexualized in a modern mass movie? The closest I can remember is Helen Mirren in the comic book-inspired movie Red (and also probably everything else she has done for the last decade). And even she is as famous for how she looks in a bikini (and at her age!) as for her formidable talent.

Both Skyfall and Red fail the Bechdel test because neither film has enough fully-realized female characters for either actress to have a significant conversation with another woman. Still, I think the success of both films bodes well for the acceptance of complicated, adult women in pop culture.

Unfortunately, I can’t say the same thing about comics. For the most part, older female characters at the Big Two, like Aunt May or Martha Kent, are mothers or mother-figures. Heavy women like Etta Candy are comic sidekicks.

The worst travesty is what has happened to my pal John Ostrander’s creation, Amanda Waller. Originally a tough, no-nonsense,solidly professional woman (see M, above), she was re-cast in The New 52 as a babe. Instead of wearing sensible suits appropriate to her job, she is no flaunting the tits and ass, with high heels that accentuate her long legs, which look even longer in her short, short skirts.

I suppose it’s possible this re-design was planned in advance of the Green Lantern movie, in which Angela Bassett played Waller in a role that was clearly supposed to mimic Samuel L. Jackson’s Nick Fury. However, Angela Bassett is in her mid-50s. Amanda Waller in the DC books? Not that I can tell.

There are lots of reasons that movies make more money than comics. There are a lot more places to see them, for one thing. We would do well to remember that another reason is that they portray a much broader perspective on reality, one which attracts more fans.