Martha Thomases: Could Obama Rescue Michelle From The Joker? 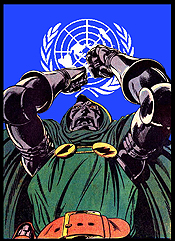 Deadlines being what they are, I’m writing this before the first Presidential debate, and you are reading it after. By now, all the various news agencies, pundits and comedians will have picked out the most salient points and decided who “won.” I’m sure I also have opinions by this time, and I assure you that I am right.

However, this has nothing to do with pop culture in general, nor comics in specific. And I’m having trouble thinking about anything else.

As the kind of nerd who was on the debate team in high school, I’m a little bit affronted that they call these televised events “debates.” There is not a thesis, and it is not set up so that one side argues for it and the other side against. There are no definitions of terms. Instead, there are specific questions, defined amount of time for each candidate to answer, the other candidate to respond, and so on, for an hour and a half. Everything is micro-managed, from the height of the podia to the lighting, and both sides have minions who will run out and declare their respective candidate the winner, no matter what is actually said.

It’s about as spontaneous as a Papal mass. And about as persuasive.

You know the debates are boring because, when they are presented in popular entertainment, suspense has to be added. For example, in Abraham Lincoln: Vampire Hunter, when they depicted the famous Lincoln/Douglas debates, they added, well, vampires.

What if candidates for elected office debated the way characters do in comics? You know, with fighting?

My personal favorite examples of this are the Green Lantern/Green Arrow stories by my beloved Denny O’Neil and Neal Adams. The two main characters argue about their respective world-views while shooting arrows, leaping over rooftops, flying through the air, and, sometimes, facing off against little blue aliens.

It would be wonderful if there were similar obstacles presented in our political debates. We would have the opportunity to not only hear the different viewpoints of the candidates, but also observe their problem-solving skills in action. Obama might have rescued the auto industry, but can he rescue Michelle from the clutches of the Joker? Romney boasts of his business experience, but can he fend off a hostile takeover from Intergang? Forget Ahmadinejad, would either man allow a Doctor Doom to speak at the UN?

And after they fight, can they team up and solve the problems together? That would not only increase the ratings for the debates, but improve our level of discourse.