Stan Lee gets a pacemaker 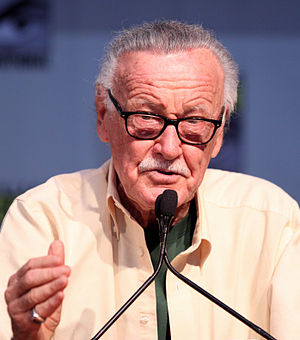 Well, now we know why Stan Lee cancelled his recent convention appearances. Since we wouldn’t dare to paraphrase the Man himself, we’ll just run his press release:

POW! ENTERTAINMENT RELEASES A MESSAGE FROM ITS CHAIRMAN STAN LEE

BEVERLY HILLS, CA – SEPTEMBER 28, 2012 – POW! Entertainment (OTCQB: POWN) (Company), the media and entertainment company, today has a message from its founder and Chairman:

This is a dispatch sent from your beloved Generalissimo, directly from the center of Hollywood’s combat zone!

Now hear this! Your leader hath not deserted thee! In an effort to be more like my fellow Avenger, Tony Stark, I have had an electronic pace-maker placed near my heart to insure that I’ll be able to lead thee for another 90 years.

But fear thee not, my valiant warriors. I am in constant touch with our commanders in the field and victory shall soon be ours. Now I must end this dispatch and join my troops, for an army without a leader is like a day without a cameo!

Long may he wave!