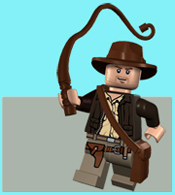 As I’ve said before, I enjoy movies most in the theater, on the big screen, where they were meant to be seen. Yeah, you run the chance of having rude fellow audience members who are talking or have their heads buried up their electronic asses with their cell phones, but I minimize that by going to a lot of matinees. One of the (few) perks of being self-employed and, besides, it feels like I’m playing hooky.

Since I like the big screen experience, I like the Imax experience. That’s a big big screen and usually great sound as well. My Mary and I went to see The Dark Knight Rises there. Imax costs more but I felt it was really worth it.

I also like to see old movies on the big screen and have seen a number, including Casablanca and The Searchers. In upcoming months, there will be one-night showings in movie theaters of The Bride of Frankenstein, E.T.  and To Kill a Mockingbird. I know all of them well but the chance to see them in a movie house will be a treat.

Recently, to celebrate the arrival of Raiders of the Lost Ark on Blu-ray, the film was issued in the Imax theaters, initially for one week only but since extended. Did I and my Mary go to see the first and best of the Indiana Jones movies? Oh, you bet! This is the film that, far more than Star Wars (IMO), made a star of Harrison Ford.

One of the things I really wanted to see was that giant marble that chases Indy during the opening sequence. Yup, it looked every bit as cool as I thought it would. The other great set pieces looked great in Imax as well – the fight around the plane that’s supposed to fly the Ark out of Tanis, Indy going after the truck (“Truck? What truck?”) and that whole action sequence inside, outside, and below that truck.

I also saw things I didn’t appreciate before. The landscape surrounding Indy and the others where he threatens to blow up the Ark was in greater detail, as was the climatic sequence where the Ark is opened.

It still has all the great lines and tropes “I don’t know. I’m making this up as I go.” Shooting the scimitar-wielding thug. “Trust me.”

And, of course, it still has Marian, Indy’s romantic foil and partner. What the next two films largely lack is Marian. She’s his equal and she brings him down to Earth. Indy’s pursuit of the Ark can make him an asshole; his pursuit of Marian makes him human. The best part of the most recent film was re-uniting him with Marian. Lots of dopiness in Kingdom Of The Crystal Skull but bringing back Marian was worth the price of admission, as far as I’m concerned.

While the film was a fine transfer, there were some problems. Some of the close ups in dark rooms were hard to see and muddy and, for me, not all the characters were always as sharp and clear as I might have liked. Part of that, I’m sure, is that the film was never meant for Imax and that film technology has really improved since Raiders was first made.

One thing I didn’t expect and was really impressed by was the sound. Imax generally has amazing sound and I was hearing incidental sounds all around me that I had never heard before. I don’t know if that will be part of the Blu-ray package but I hope so.

Of course, intact were some of the things that never made sense. Our intrepid hero gets over to the Nazi sub and climbs on to the conning tower. If it submerges, however, he drowns. And if it stays on the surface, the sub’s captain should be up on the conning tower. The sub travels quite a ways according to the map in the movie so this always strained my credulity. And how does Indy get himself, Marian, and the Ark off the Nazi island towards the end? Never addressed.

However, this is all more than counterbalanced by the fact that this is just a plain fun movie. One of the best action adventure movies out there with one of John Williams best scores. Lots of humor, top notch performances, and it just grabs you by the eyes and doesn’t let go.

As my Mary and I were leaving the theater, another couple – in their thirties – were also leaving. The young woman said she really enjoyed it and then said she had never seen it before. I was envious. What a great way to get introduced to a great movie.