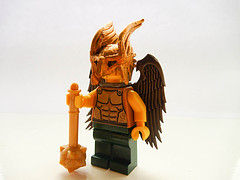 Tony Isabella, we have your follow up for The Shadow War of Hawkman:

Hawkman’s long lost brother has shown up….by night he is mild mannered Paul Ryan, but whenever he gets close to a microphone, a campaign stop or the Capitol Building he metamorphoses into Deficit Hawkman! Yes! Deficit Hawkman wants to cut services to the poor while raising taxes on the Middle Class! He wants to give the Rich and Corporations tons of government money while bilking his own family! He wants to be Vice President!