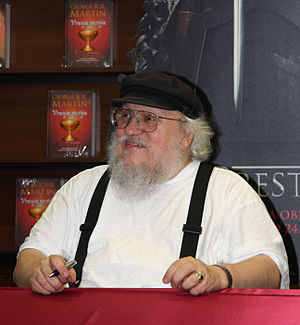 I am a bad SFnal blogger, since these nominees were announced a good two weeks ago. (Perhaps I delayed because I believe, based on my own WFA judge experience, that the winners in all categories have already been determined, and so most of the nominees are doomed to forlorn hopes.)

Anyway, congratulations to all of the nominees, and good luck to them. I leave the annual exercise of determining which two entries in each category were voted on by the convention membership and which were picked by the judges to fandom assembled.

The convention is pleased to announce that the 2012 World Fantasy Lifetime Achievement Awards will be presented to Alan Garner and George R.R. Martin.

I note, in closing, that each category has only five nominees, which means either that the judges didn’t object too strenuously to the voters’ choices, or that the administrators tamped down on any objections. (When you see more than five nominees, that means the judges really liked another work/person in that category, and wouldn’t let that choice get overruled by the voters. It’s good to be the king.)