FORTIER TAKES ON ‘DRAGON KINGS OF THE ORIENT’! 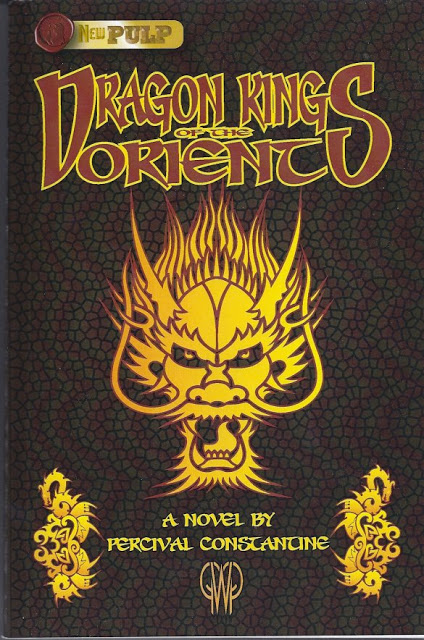 This terrific, fast paced fantasy action thriller is the second in the Elisa Hill, Myth Hunter series and even better than the first; no small feat.  Elisa Hill is a hunter of lost artifacts made famous in ancient lore.  Along with her mentor, Max Finch, and the Japanese kitsune, a type of were-fox changeling, Asami, she finds herself caught in a titanic contest between ancient oriental deities and a roguish creature of legend known as the Monkey King.
It is through this fabled half-human, half-simian being that they discover the four Dragon Kings are about to unleash their centuries old plot to dominate the world and make all mankind their slaves.  This they will accomplish by their powers to control the oceans of the world and wreaking havoc wherever necessary to force the various countries of the world to bow to their commands.
Now only Elisa, her two companions and an agent from the super secret Freemasons society are all that stand between total disaster and salvation. But can even these unique characters prove strong enough to win the day?
In this age of the popular urban fantasy genre, we seem to be inundated with more and more series featuring sparkly vampires, sexy witches and zombie private eyes.  Enough for this reader to yell, “Uncle!”  Constantine’s “Dragon Kings of the Orient,” packs more wall-to-wall action than any of ten of those other wimpy titles combined.  Being an American teacher in Japan, he has a unique, personal perspective on the Far East and its culture and uses it to great advantage in this rousing adventure tale.
In the past, he has offered us other series but none of them can hold a candle to this one. Elisa Hill is a truly original, fun character and I hope we get to read many more of he exploits along with those of her truly remarkable supporting cast.  People, this book is a solid must read!
Share