Play the 8 Degrees of Margaret

As you can tell from Sunday’s review, we really enjoyed Kenneth Lonergan’s Margaret, now available in a Blu-ray/DVD Combo pack. 20th Century Home Entertainment has released  a brand new, interactive infographic linking the vast ensemble cast of Margaret to each other in other films and projects.

This 8 Degrees of Margaret chart reflects the many connections among the characters in the movie and the overlapping film projects they have worked on, and is a fun brain teaser for any film buff. Also, hover your mouse over the chart to see star pop-ups highlighting extra facts about those starring in Margaret. 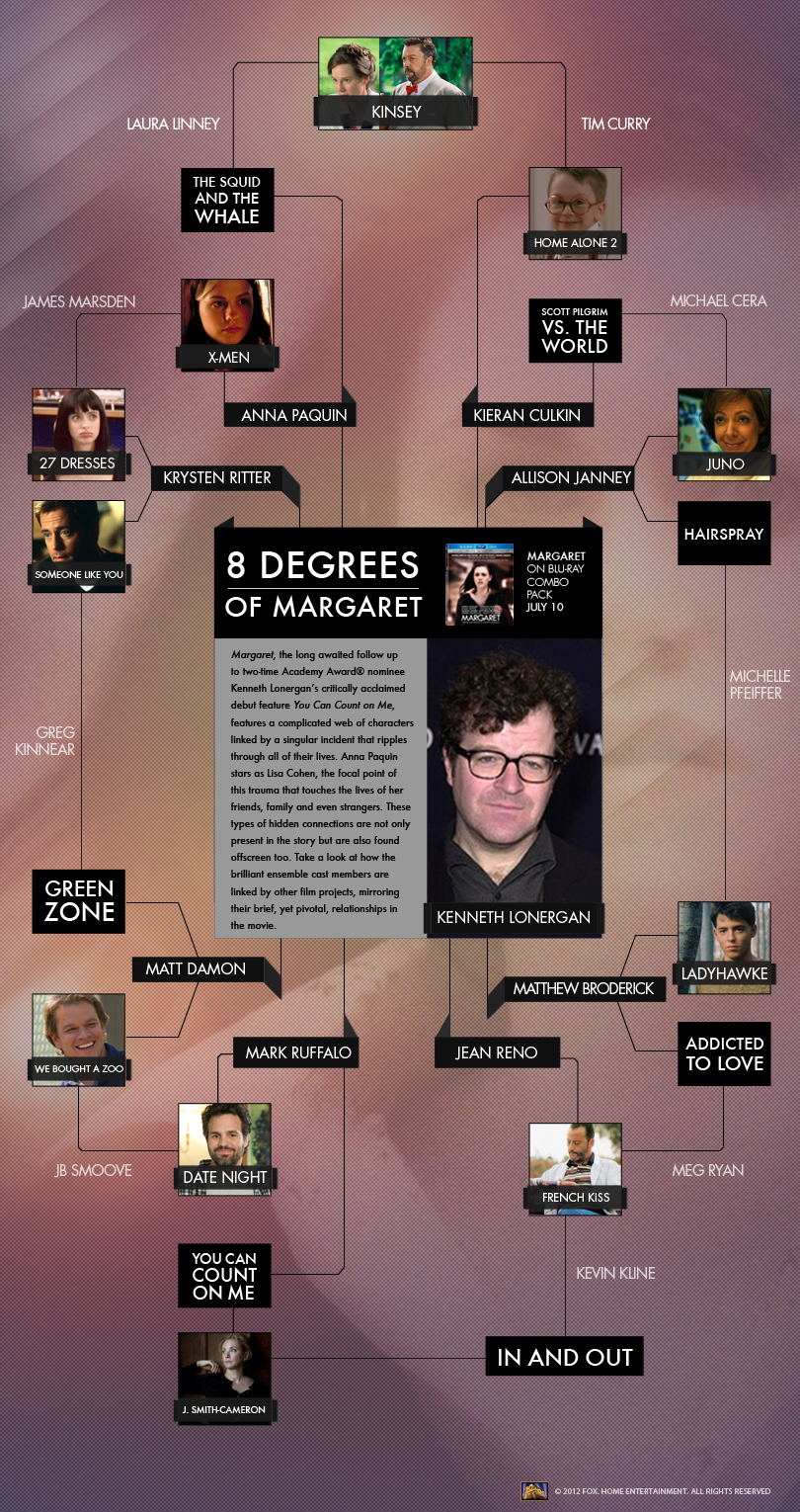