Michael Davis: Once You Go Black… Part One 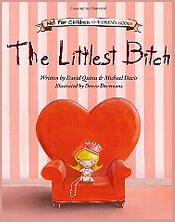 It’s funny. In my adult personal life there was a time that I simply did not see color. I was just as likely to hang out with a white guy as a black guy. I still listen to all types of music and in fact after a lifetime of thinking it would never happen I’m starting to get into country music.

Yeah. Hell has indeed frozen over.

I like bagels and lox. I love The Beatles. I adore classical music.

The first white girl I almost married broke it off because her family did not want her to marry me. Her family that she was very close to refused to let her marry me. I just assumed it was because they did not think I was a good enough guy. It was ten years later that the girl who broke my heart called me and said she was sorry for her actions ten years earlier and that’s when I found out the real reason.

It was because her father “Did not want his daughter marrying a nigger.”

That’s what I get for asking. “What exactly did he say” for over an hour.

She explained to me that her mother and father would disown her if she continued to even see me. How like a bad movie is that? Who the hell does that happen to in real life?

Up until then it never occurred to me that she broke up with me because I was black. I believed her when she told me that she just fell out of love with me. She contacted me because she had married some guy and it was he who suggested she make the call. She told him how terrible she had felt for all those years and he said to get it off her chest.

Man, that reminds me…how I loved that chest.

After the call she suggested we meet for lunch. At first I was hesitant, I had a hell of a time getting over her. I thought if I met with her my feelings may return and then I would never get over her again. But against my better judgment I went to have lunch with her. The moment I saw her I realized I was over her for good.

The bitch got fat.

That was one fat bitch. How fat? I had four hundred dollars in cash and a Gold American Express card on me and I was starting to wonder if I could afford lunch.

Yes, I’m well aware that “bitch” is a horrible thing to call a woman and yes I am over her but I’m still a wee bit bitter and I’m making a point but more on that later.

Today, I wish the fat bitch well. OK, maybe I’m more than a wee bit bitter. That moment with, let’s call her, oh I don’t know, fat bitch, was the moment when I started thinking about race in my adult personal life.

I grew up in a housing project that was 99.9% black. When I was a kid every person in my life was black.

All my music, friends and family were black and getting blacker everyday. And by “blacker” I mean my future seemed to me to be more of what my past was, black. There was nary a day when I did not think about race. That all changed when I entered the High School of Art & Design, the best high school in the universe. Trust me on that, I am the Master of The Universe so I know these things.

I went from hating gay people and not trusting white people and assuming I would always exist in a black only world to a person who just stopped seeing color. That was until that lunch with fat bitch 20 years later.

If you know anything about my work you know that the vast majority of stuff I do features African-Americans. Currently I’m working on projects about the Underground Railroad, Jackie Robinson and a book called, “Everything You Ever Wanted To Know About Black People But Were Afraid To Ask.”

I also do non-black theme projects such as the book “The Littlest Bitch” with David Quinn (in it’s 3rd printing and currently in development as a animated show…plug!) , that’s a real book; you can look it up on Amazon (another plug!) and see for your self.

For the most part I still do not see color in my personal life. I’m aware of it. I’m very vocal about it when I see racism but if you are a person in my life you are there because you are you not because of your race.

In business I’ve always seen color and working in Hollywood I’m blinded by it.

In my opinion there is an abundance of racism in the entertainment business and, yes, that includes comics.

Now, this is not going to be a series of how the white man continues to fuck me because I’m black. I’m sure to some it will seem that what I’m going to write about with the way I went about setting this up.

Nope. This is the point I’m going to be making is this; racist decisions are being made by good people who have no fucking clue that their actions are racist.

What’s that I say? Try the following example on for size…

But, did I not just call a woman a fat bitch?

End Of Part One.