Review: ‘Beauty and the Beast’ 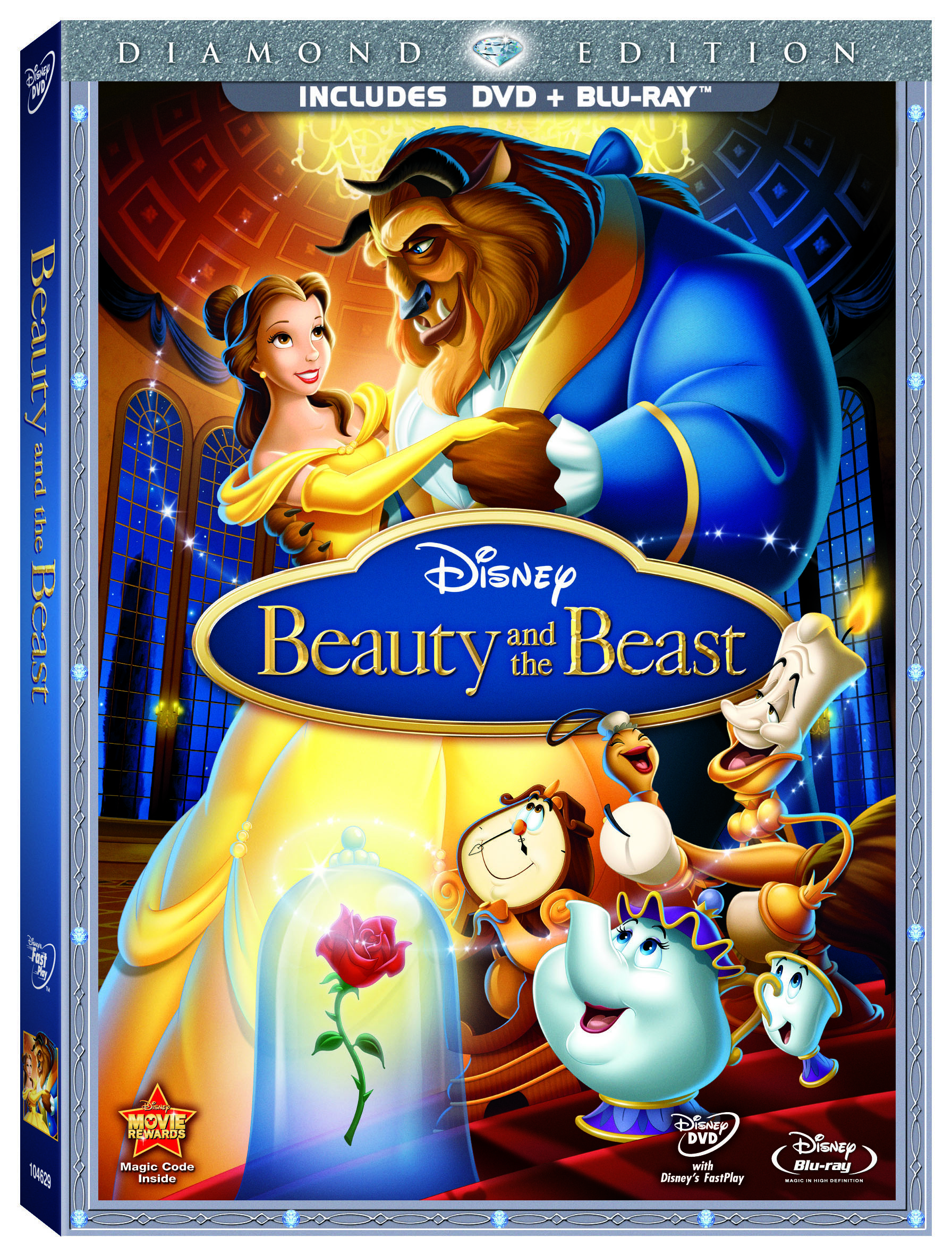 The climb back to not only respectability but creativity was a long painful one for Walt Disney Studios but you could see bits and pieces of improvement throughout the 1980s. [[[The Little Mermaid]]] in 1989 was the first serious indication that the animators found their mojo. As a result, audiences were primed and ready for 1991’s Beauty and the Beast

. What they didn’t anticipate was just how magical and wonderful the film would be.

Clearly, one of the crown jewels, the studio has polished their gem to a bright luster in the just-released Diamond Edition. There are a variety of formats including the combo pack which has the movie on standard DVD plus two Blu-ray discs chuck full of goodness.

First of all, you get three versions of the movie: the original theatrical release, the extended edition (containing the number “Being Human”) and the work-in-progress print which was screened in New York a year prior to release that gave everyone a hint at how special this film would be. While the animation shines in DVD, it’s glorious in Blu-ray, complete with spectacular sound. If anything, the high definition images are too clear so you actually see animation flaws here and there. Watching the film lets you lose yourself in the finely crafted story with lush visuals and lovely tunes.

The classic tale was reimagined in England under a different creative director and when the first 18 minutes of storyboards were presented, the Disney executives, including Michael Eisner and Jeffrey Katzenberg, didn’t think it was quite right. They trashed six months of work and reassigned roles. At that point, it was also decided to add music and that is when the creative problems plaguing the story got solved.

Fortunately, the team of Howard Ashman and Alan Menken were fresh off The Little Mermaid and stepped in. Ashman was ill, dying before Beauty was released, but did some of his finest work. The finished results had all the Disney magic generations had come to expect and added at least one new generation to its collection of believers. The story of Belle and the Beast is dramatic, emotional, humorous and touching. There are wonderful supporting characters, memorable songs, bits of business for adults and plenty of action for all. No wonder it received a Golden Globe and was nominated for Best Picture, forcing the Academy of Motion Picture Arts and Sciences to create a separate category. 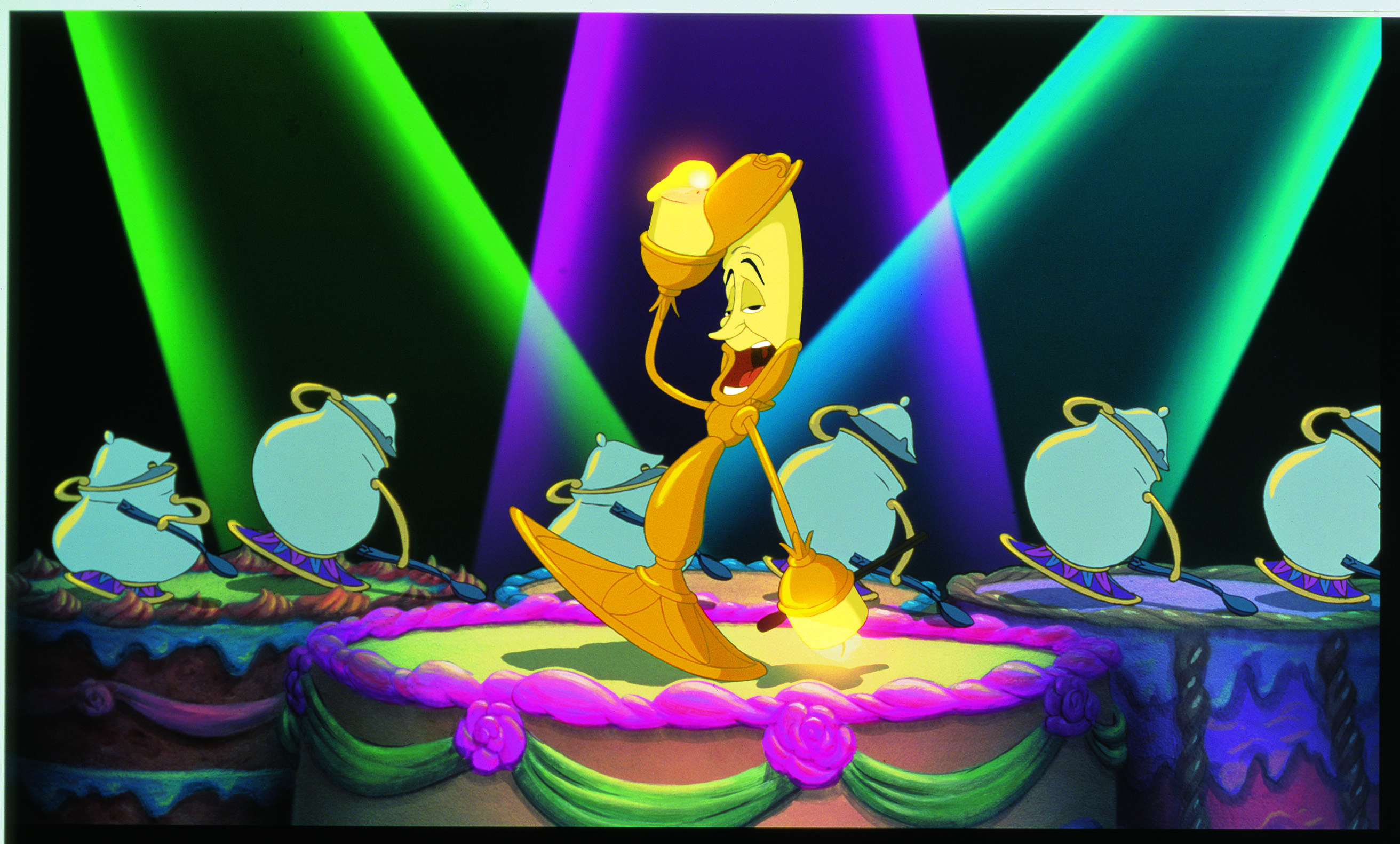 In addition to three versions of the film, all the standard DVD extras
from the 2002 release remain intact. But, we’re also given tons of new
features. The 18 minute “Purdum reel,” named after Dick and Jill Purdum,
I mentioned above is included here as is a deleted scene of Belle in
the Library that was deservedly dropped.

Beyond that, the second disc is an extended Backstage Disney tour,
“Beyond Beauty — The Untold Story”, on the making of the film, with
branching directories allowing you to access additional material on
specific subjects. As a result, you can while away nearly three hours
delving into the history and there are terrific stories told that are
fascinating and thankfully honest in what worked and what didn’t, where
there was tension and what happened. Overshadowing it all is Ashman’s
legacy and you come to understand that this would have been a vastly
inferior film without him guidance.

You can learn how the filmmaking process works by watching the film
using the Storyreel Picture-in-Picture Experience or listen to Producer
Don Hahn and co-directors Kirk Wise and Gary Trousdale provide
commentary on the Special Extended Edition of the movie. That same
edition also provides a Sing Along Track, perfect for young princess
birthday parties.

Alan Menken is the focus of Composing a Classic, which focuses on the
songs created for the film and we learn additional information on the
process.

The Broadway adaptation is acknowledged in the thankfully brief thirteen
minute Broadway Beginnings featurette. Other extras include a current
music video from Jordin Sparks, two interactive games — Bonjour – Who
Is This? and Enchanted Musical Challenge. Rounding out the two Blu-ray
discs are tons of trailers for other Disney features and a screen saver
you can use.

There is little doubt that you must have this edition to replace your
other versions. Not only that, its well timed for the holiday season and
this will be a most welcome discovery under someone’s tree. Disney has
outdone themselves with this set.