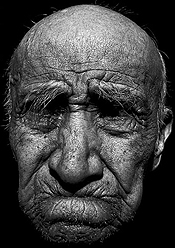 Welcome back to the ranting and raving, kiddos. Be forewarned, some time has passed since my last article – one week to be exact – but I’m still angry as all get-out. For those just joining us: Tim Marchman’s review of “Leaping Tall Buildings” in the Wall Street Journal was an incendiary piece of trash. The review meant to blame the lack of universal love (and sales) of comic books due (in part) to the “clumsily drawn” and “poorly written” books themselves. Last week, I argued on the side of the artists. This week, I mean to tackle this asshat’s jab at the scribes of our pulpy tomes.

To say that, on the whole, modern comics are “poorly written” is just about the silliest opinion I’ve heard since my buddy told me “Ranch dressing tastes bad on chicken.” First off, ranch is delicious on chicken. More to the point, modern comics are writing rings around previous generations. We’re in a renaissance of story structure, characterization, and depth. Writing, much like art, is largely subjective when it comes to collective opinion. That being said, certainly anyone with minimal brain power might be able to tell good writing from bad. Easy enough for us all to agree that the Avengers was better written than the Twilight movies. OK, maybe that’s a bit unfair. Axe Cop is better written than Twilight… and it’s penned by a six year old. Either way, I’d like to think we the people (of Comic Landia) might defend the quality of today’s comics as being leaps and bounds better than books of yesteryear.

I know this might be daring (and insane) of me to say… but for those old farts and fogies that proclaim comics “aren’t what they used ta’ be!” – and imply the scripts are worse now than they were in the 60s or 70s – should go back to the nursing home, and yell at the TV until dinner. Call it a sweeping declaration. Call it mean-spirited. But I call it as I see it: Modern books are simply written better. Today’s comics – when they are good – embrace pacing, motif, and intelligent payoffs by and large far more than ever previously. I assume Marchman, while researching for his article, was only reading Jeph Loeb books. And if that’s the case? He’s probably right. But I digress.

Open a book today. You’ll see things that previous generations simply failed to execute properly. A modern comic is unafraid to let the art speak for itself. Not every panel needs an explanatory caption box anymore. Gone are lengthy thought balloons that explain away every ounce of subtlety. Writers allow their characters time to emotionally deal with their actions, and end books on a down note when needed. And as much as terrible crime against nature it is, modern writers are even willing to ret-con, reboot, or reexamine the past of a character to better flesh out their drive or motive. It’s been done before, I know, but never as good as it’s being done now.

Comic writers today (again, “by and large”) embrace risk like no other generation before them. Guys like Kurt Busiek and Robert Kirkman channel their love and admiration of tropes and stereotypes, and drill down to new and unique concepts that spin old ideas into fresh ones. Dudes like Grant Morrison and Jonathan Hickman layer super-psuedo science and lofty concepts within their stories to transform the truly implausible to the sublimely believable… a metamorphosis of story that a Stan Lee would not have ever delivered to the true believers. And what of our own ComicMix brethren, whose bibliographies aren’t complete… Would John Ostrander or Dennis O’Neil say that the scripts they write today aren’t leaps and bounds better than their earlier work? As artists (be it with brush or word), we always strive to evolve. That equates to the present always being better than the past.

Simply put, Marchman’s postulation that the scripting of current comics is to blame for the lack of sales in comparison to alternative media (like movies or TV) is hilariously wrong. While he’s quick to back his point with the cop-out “continuity” argument, he lacks the niche-knowledge necessary to know how idiotic he sounds. With the advent of Wikipedia, friendly comic ship owners, digital publication of archive materials, as well as countless other online resources… the barrier to entry for someone truly interested in buying a comic is the commitment to seek out the backstory. To blame the lack of sales on an arbitrary assessment of the quality of the stories, was made without considering the avalanche of amazing material being published today.

If I can use a trope from the bag of Seth MacFarlane, I’d like to end on hyperbole. You see, Mr. Marchman, if you want me to believe that comics today are poorly written? I’d like you to read current issues of Action Comics, Batman, Animal Man, Swamp Thing, Invincible Iron Man, Fantastic Four, The Boys, Dial H, Saga, Irredeemable, Star Wars: Dawn of the Jedi, Justice League, Green Lantern, Powers, Monocyte, The New Deadwardians, Batman Incorporated, Courtney Crumrin, Saucer County, Fatale, and Batwoman. Then get back to me. Until that time? Suck-a-duck.