Will The Rest Of DC Comics Move? 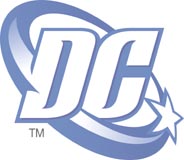 DC Comics has already had a large job exodus from New York to Los Angeles, and now there are signs that what’s left may have to pack up soon, as well as the rest of Time Warner. Deadline Hollywood has the story:

CEO Jeff Bewkes told staffers in an email that the company’s preparing to evaluate “our office footprint in the New York metropolitan area and develop a long-range plan to meet our future needs.” The team leading that process — to be run by Chief Financial and Administrative Officer John Martin and Global Real Estate SVP Tom Santiago — probably won’t make a decision until the end of 2012. Then it could take years to implement. The corporate ranks and cable channels including CNN probably will stay in the Time Warner Center at Columbus Circle; the company owns about 1 million square feet in the building. But Time Warner leases an additional 3 million or so additional square feet of office space in the New York area. The agreement for the publishing unit’s operations at the Time & Life building expires at the end of 2017, while the one for HBO’s home on 6th Ave runs out in 2018. There are plenty of options in Manhattan, including the new World Trade Center. But neighboring New Jersey and Connecticut probably will try to persuade Time Warner to move some of its operations, and jobs.