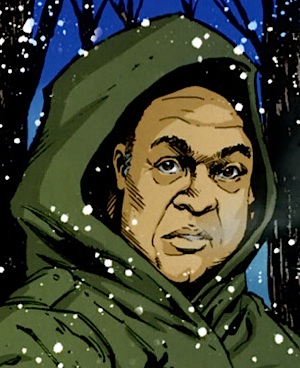 Robert had a heart attack yesterday afternoon. He collapsed, unconscious, and was rushed to Mount Sinai hospital in Queens. In the following twenty four hours, he had two additional heart attacks. His heart stopped at 7:18pm tonight and he passed away.

Robert first came to prominence in 1993 writing the debut of Static for the new Milestone Comics line, and later writing Shadow Cabinet. He also wrote Extreme Justice for DC Comics, The Good Guys for Defiant, and Ninjak for Acclaim.

In later years, he’d gone through some rough patches. He’d been homeless a few times, and had received assistance from the Hero Initiative to get back on his feet, but by all accounts was getting back on his feet. He’d even started writing comics again, and his last job was a one page autobiographical story for Hero Comics 2012, a benefit for the Hero Initiative that came out just last month.

His quirky sense of humor made his run on Static a classic. He will be missed.