Twelve writers have been selected to bring two classic characters created by an iconic Pulp Author to life once more in two new anthologies from PULP OBSCURA!

Pro Se Productions, a premier New Pulp Publisher, announced in February plans to publish, with the permission of the Lester Dent estate, new tales featuring Dent creations Foster Fade (also known as the Crime Spectacularist) and Lynn Lash as a part of its PULP OBSCURA imprint.  PULP OBSCURA is a line that Pro Se, in conjunction with Altus Press, a leading Publisher of Pulp Reprints as well as the Publisher of The Wild Adventures of Doc Savage written by Will Murray, produces that features new stories based on rather largely unknown and forgotten heroes and villains from Pulp’s Golden Era.  Although many of these characters, such as Thunder Jim Wade, the adventure hero featured in the most recent PULP OBSCURA volume from Pro Se, are currently in the Public Domain, Pro Se PULP OBSCURA to include licensed characters, the first two of which were creations of the literary legend that many consider the best Pulp Author ever.

“It’s truly amazing that Pro Se is a part of this,” Tommy Hancock, Partner in and Editor in Chief of Pro Se Productions, “and the credit for that goes to Matt Moring from Altus, Will Murray, and especially the Heirs of Norma Dent.  Pro Se is extremely proud to announce that the writers for both a Lynn Lash collection and a Foster Fade collection have been selected.
“I was both amazed,” said Hancock, “but also not really surprised at the interest these two characters garnered when we asked for proposals.  The call we put out for these books garnered more interest and proposals than the entire PULP OBSCURA line we recruited for last year did (That project is made up of 34 different writers).  It was difficult and a challenge picking the best twelve, six for each book, but we feel like we have the stories and writers that will definitely both pay homage to the Pulp genius of Lester Dent and reintroduce these great characters to a modern audience.”
According to Hancock, the writers for THE NEW ADVENTURES OF LYNN LASH are-
CHUCK MILLER
RP STEEVES
TEEL JAMES GLENN
ANDREW SALMON
JIM BEARD
TIM LASIUTA
The Writers bringing the Crime Spectacularist into the 21st Century in THE NEW ADVENTURES OF FOSTER FADE include-
DERRICK FERGUSON
BARRY REESE
H. DAVID BLALOCK
DAVID WHITE
AUBREY STEPHENS
ADAM GARCIA
Both books are slated for a late summer/early fall release and will be released in conjunction with a volume collecting the complete original stories of both characters from Altus Press. 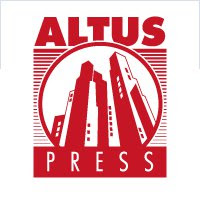 “This,” Hancock stated, “is the reason that PULP OBSCURA exists.  To not only shine light on characters that have been completely forgotten and now live in the Public Domain, but also to serve as a way for Pulp characters created by well known authors to come out of the shadows of more successful creations, such as Doc Savage, and to stand on their own, to chart new ground in fiction in the 21st Century.   These two characters were crafted by Lester Dent himself and are being used with the permission of the heirs of Norma Dent.  For this to be the first foray into licensed properties for the PULP OBSCURA imprint is truly an honor.  And don’t think this is all you’ll hear about it before the books come out! There’ll be more about these two awesome collections soon!”
For more information on Pro Se Productions, go to www.prosepulp.com and www.pulpmachine.blogspot.com.  For further information on PULP OBSCURA, go to www.pulpobscura.net.   To discover the wonderful world of Classic Pulp as well as New Tales, such as the Wild Adventures of Doc Savage by Will Murray, go to www.altuspress.com!
Share