MIKE GOLD: For Whom The Bell Tolls 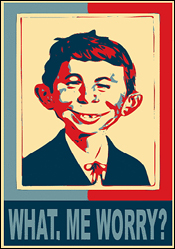 There are few songwriters – few writers – I respect more than Pete Townshend. Were this a music column I’d go into detail why I hold this belief, but today in this venue he’s a means to an end.

Last week, Pete (okay, we’re not on a first name basis; the only time we were within 10 feet was when he bashed my boss in the back of his head with his guitar) accused Apple’s iTunes online retail store of being a “digital vampire.” His analysis was fraught with mistakes and revealed a genuine lack of knowledge of the situation. He was defending a system that treated him and his band, The Who, very, very well – a system that no longer exists as a creative outlet for newcomers going back at least a full generation. He also mistook iTunes for a label and not what it actually is: a retail outlet. A very successful one, but then again Pete’s net worth is in the neighborhood of $75,000,000 – a true one-percenter – so success isn’t the issue here.

What does this have to do with the wonderful world of comics? Hang on. I’ll get there.

Pete also said “It would be better if music lovers treated music like food, and paid for every helping, rather than only when it suited them … Why can’t music lovers just pay for music rather than steal it?” That’s the heart of my diatribe today: people who sort of steal artists’ works instead of paying for it.

Bootlegging is a serious issue, but more a moral one than financial. Sure, Disney and Warners will bitch about all the milions they’re losing but that’s because they see every bootlegged item as a lost sale. Few are.

When it comes to comics, sometimes it’s a matter of convenience. Some people boot stuff they’ve already purchased because they prefer reading on a tablet. After all, we’re in our third generation of comics fans who go bugfuck whenever somebody folds the cover back in order to read the damn thing. Still others are sampling new wares: with literally over 300 new comics released each month and maybe a third of them brand-new titles or “reboots” (a word with unintended irony) a reader can’t afford to sample even a fraction of the new stuff.

And then there are the idiots. Stupid people who live the life of Wile E. Coyote until they finally look down.

Our buddy Rich Johnston at Bleeding Cool reports of a guy named Stephen Chandler out in Glasgow, Scotland who is offering every comic book published each month by the “major” publishers (DC, Marvel, IDW, Image, Dark Horse, Dynamite, and perhaps others) in electronic form for the low price of about $27.00 a month – 20 Euros, so the price fluctuates.

His is a for-profit operation. No matter what you think of readers downloading comics illegally, this guy is taking money out of publishers’ pockets. Most publishers can’t afford that; even the big guys are responsible for delivering an acceptable bottom line to their masters.

Eventually, Wile E. Coyote looked down. So will you, Steve. You work and perhaps live near the All-Saints Secondary School. You might dine at the Delhi Darber. Maybe you drink at the Aushinairn Tavern and shop at Asda Robroyston. Or perhaps you go to the Food Cooperative off of Wallacewell Road.

In other words, Steve, you’re an idiot.