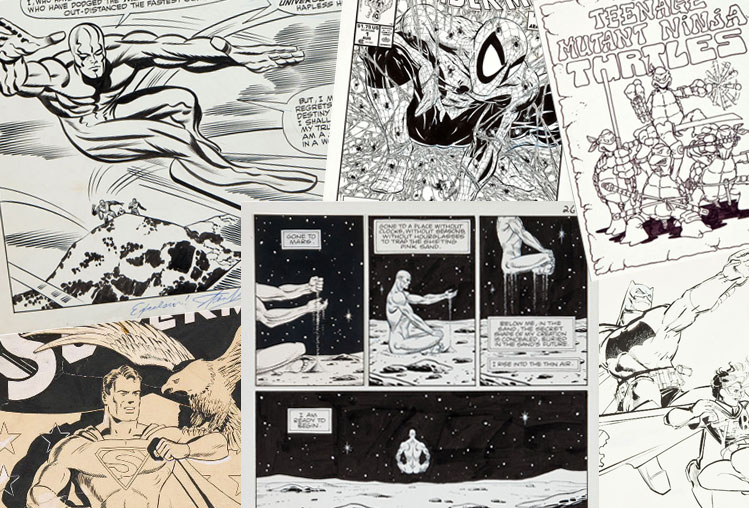 A stroll around a comic convention is a lot different today than it used to be when it comes to experiencing original comic art which for me, as a young aspiring comic artist, was the highlight of any show. I would always immediately venture directly towards artist alley where pros and amateurs alike would form a welcoming community of comic art practitioners. To me it seemed less like an opportunity for the creators to market their work and more of a joyous reunion of folks with a common bond: The love of comics and a need to create them.

Maybe it is just a product of comic conventions no longer being the casual events they used to be, held in basement ballrooms of fading city hotels with the most sophisticated displays being a hand lettered card stock sign hung on a pipe and drape background.  Professional comic artists were not viewed as the superstars they are today. They were heroes that we related to more like a favorite uncle who always new how to appeal to our inner child. Their art touched us in a personal way that established a relationship that was respected between them and their fans.

Those were the days when you did not wait in line to meet your favorite creator. At best you gathered around their table and shared as a group, listening to their stories, watching them sketch, and learning from their teachings which, though small casual tidbits of technique, were gems of insight into the magical world of creating comics. 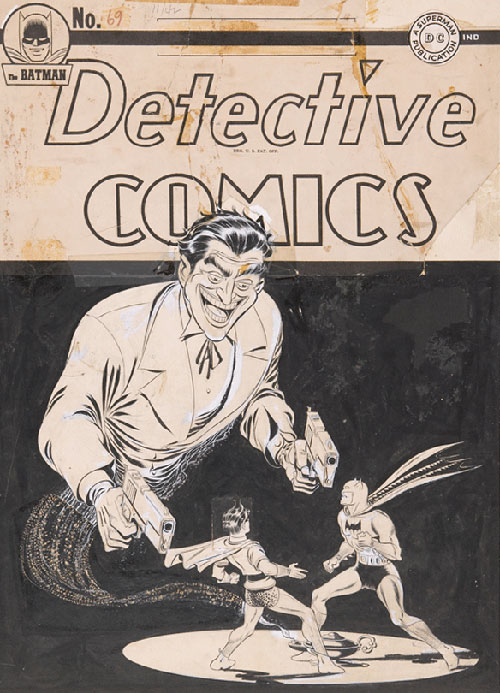 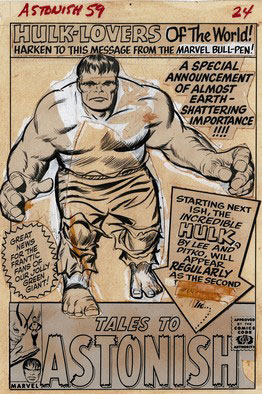 Stacked high on their tables would be pages of original art that could be thumbed through and purchased  for prices as low as ten or fifteen bucks! The opportunity to scan through those pages was a chance to stare into a window of a professional comics bullpen. Each page told a production story that was highlighted by the scents of bristol board and india ink often commingling with odors of white-out and rubber cement.

To be able to view those pages and see script notes in a corner, blue lines behind lettering, pen strokes appearing as a texture on the surface and brush strokes laying a deep wash in large shaded areas with a barely visible “x” etched in pencil beneath was a hands-on lesson in every page.

I always got a kick out of seeing revisions. Panels or words would be cut out with an x-acto and replaced with art that was cut to fit perfectly into the hole and secured from behind with a strip of masking tape. Splash pages had photostat logos pasted on leaving a trail of ever yellowing rubber cement beneath. 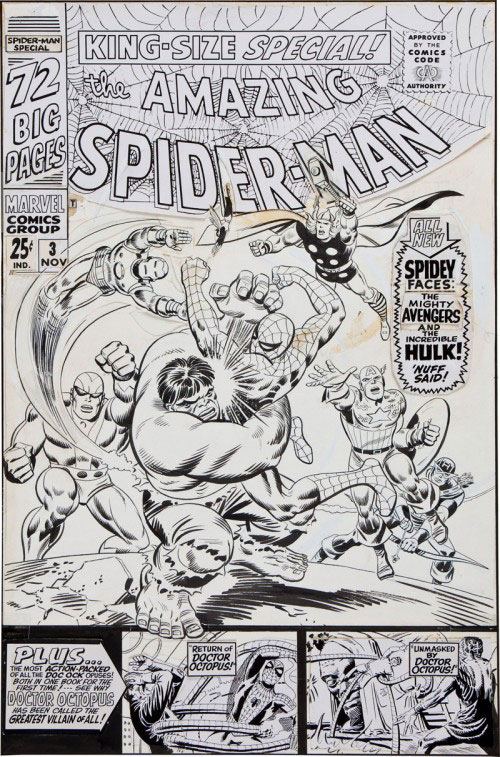 Every page was art, yet each was also just a mechanical, a production board from which final films would be photographed on large upright “stat” cameras. Each was a path of history, chronicling the creation of the page through the hands of the writer, penciler, letterer, inker, editor and production hand. Void of color, the line art resonated with a power of its own lending a new found appreciation for comics in black and white that would empower the independent comic publishers of the day.

It is still possible to marvel at original art at conventions but the atmosphere is so much more hurried that it is difficult to be absorbed into each piece. Those “uncles” are slowly passing away leaving a void where once was a nurturing wisdom behind the craft of each page. In its place is a new energy that is equally intoxicating, a new brand of comic artist with an entrepreneurial spirit hawking their own works.

It is  thrilling to see the new, unlimited variety of comics, invigorating to see the community widening to include a wave of talented women that was always sadly lacking in that bygone era. What is missing is the original art, replaced by an ernest need to sell small print runs and assorted related merchandise or to direct readers to a growing web-comic. The art exists, but digitally, and can be panned easily on an iPad evoking a sterile creative process free of the sensory stimulators that fueled a personal romance with comic production in my formative years. 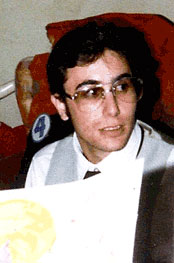 As I sit here at my keyboard, I’m suddenly realizing that I am now one of those “uncles” I came to embrace. Not that I could hold a candle to any of them but I have an opportunity to share from my experiences, as they did, only from the venue of this blog instead of a convention table. The new generation of comic creator, who creates digitally, shares too, through all kinds of forums and social networks on the internet.  An aspiring comic creator no longer has to wait, as I did, for an annual comic convention to experience the knowledge of a comic pro, they can watch a tutorial on Youtube or follow a comment thread on Facebook!

Yes, I miss the sensory experience of the creative process of comics. Yes, I wonder if creators are losing an opportunity to cash in by not having physical comic art to sell.  But it is not worth pining over any of my attachment to these relics while I am witnessing the future of comics as it blossoms before my eyes. The community of comic artists is no longer small and relegated to a musty convention hall. It is vast and continues to grow. It exists at our fingertips any time we wish to access it.

Today’s comic artists are creating much more than original art. They are creating the future of the medium. Support them any way you can if you love comics. Go read their web comics. Buy their print on demand books. Order their merchandise. Join them on forums and share ideas. Learn from them and teach others. We are all part of the same comics community that began in those old convention halls. Embrace that past and build the future.

Bill Cucinotta and I, here at CO2 Comics, are committed to both and are excited to be part of this growing comics community of artists with a keen eye on the future. No matter how comics are made we intend to maintain that common bond we always had with those comic creators in artist alley: The love of comics and a need to create them.