BURBANK, Calif. (May 22, 2012) – Step out of the theater and become immersed in the world of Brave with Adventures by Disney’s first-ever Pixar-inspired itinerary, “Scotland: A Brave Adventure.” Disney•Pixar’s Brave tells the tale of the courageous Merida, the film’s headstrong teenage protagonist, who defies ancient tradition and challenges destiny to change her fate. This 9-day, 8-night quest through Edinburgh, the Isle of Skye, the Isle of Lewis and Inverness takes families through the rugged Highlands, allowing them to experience first-hand the history, culture, nature, legends and lore of Scotland that inspired Merida’s story of bravery.

Adventures by Disney is a leader in the group guided-tour industry – sharing the stories of the world through 20+ international itineraries. For “Scotland: A Brave Adventure,” Adventures by Disney’s trip-planning specialists worked directly with the expert storytellers on Pixar’s Brave production team to incorporate the castles, landscapes and legends that inspired the lush settings and memorable characters in the film – creating a Scotland experience that could only come from Disney. Guests will discover locations that inspired Pixar’s creative spark during visits to the historic Black House of Arnol and the Gearrannan Blackhouse Village, both of which served as reference for the Witch’s cottage, and Dunnottar Castle, one of the inspirations for the DunBroch family’s home. 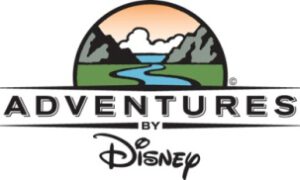 Beyond the drawing board, the culture of the Scottish Highlands will come to life through authentic, hands-on activities – a hallmark of Adventures by Disney itineraries. On the Isle of Skye, adventurers will partake in traditional highland games, make Scottish pastries – a favorite treat of Merida’s triplet brothers – and take lessons in Celtic music and dance. While traveling through Inverness, guests will participate in two of Merida’s favorite activities – horseback riding through the Caledonian Forest and archery at Glamis Castle. In Edinburgh, families will learn the art of tapestry-making at Dovecot Studios.

Another signature of an Adventures by Disney vacation, families will visit the country’s most treasured historical sites – including Eilean Donan and Edinburgh Castles, the ancient Callanish Standing Stones and Dun Carloway Broch on the Isle of Lewis – but in unique ways that only Disney could dream up. Rather than just walking the shores of Loch Ness, guests will go on a canoe expedition where they will search for “Nessie” and discover the picture-perfect Urquhart Castle.

In the capital city, travelers will tour the Royal Mile, including privately-guided visits to the Palace of Holyroodhouse – the Scottish home of the Royal Family – and the National Museum of Scotland, where they will learn fascinating details of the ancient period in which Brave is set. Each departure features two knowledgeable Adventure Guides who will serve as leaders, storytellers, companions and personal concierge – taking care of all the details for a truly hassle-free travel experience.

“‘Scotland: A Brave Adventure’ combines the creative genius of Pixar Animation Studios with Disney’s ability to bring iconic stories to life with in a whole new way,” said Josh D’Amaro, Vice President, Adventures by Disney. “For the first time ever, our guests will be fully immersed in the legends and locations that inspired the film. ‘Brave’ is the perfect tale for Adventures by Disney to share; Merida’s experience speaks to the importance of the family bond – a cornerstone of any Disney vacation.”

Also new for 2013, Adventures by Disney has announced a Southeast Asia itinerary. Featuring Vietnam, Laos and Cambodia, the 12-day, 11-night itinerary will give travelers the opportunity to experience some of Asia’s most exotic and culturally-rich cities – including Saigon, Hanoi, Hoi An, Luang Prabang, Siem Reap and Angkor Wat.

For more information on “Scotland: A Brave Adventure,” visit www.AdventuresbyDisney.com/Brave or contact the reservations center at 1-877-728-7282.