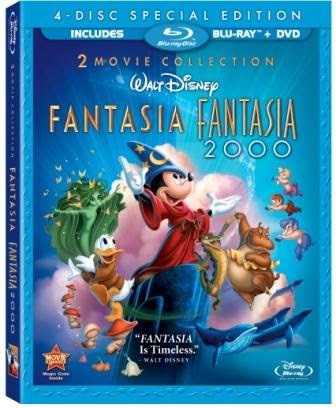 Walt Disney saw possibilities where others did not. He turned Mickey Mouse into an American icon and launched a bustling animation business, but wasn’t satisfied with his amusing shorts. Instead, he wanted more and defied the critics who thought a full-length animated feature would hurt viewers’ eyes and test their patience.[[[Snow White]]] proved them wrong. Emboldened, Disney spent the 1930s experimenting with animation in ways none of his peers tried. He adapted classics and he gave us indelible characters and song. He even tried for Art with a capital ‘A’.

His third feature-length film was [[[Fantasia]]] and in eight segments, introduced audiences to a variety of classical music set to animated tales inspired by each. Today, we know it best for the entertaining “[[[Sorcerer’s Apprentice]]]” bit guest starring Mickey in his feature debut; but the film was so much more. It opened up what animation could be and do and while it was a box office disappointment during its 1940 release, it has also endured as a sampling of masterful animation.

In time for the holidays, Walt Disney Home Entertainment has released Fantasia in Blu-ray, packaging in numerous ways including a four-disc set, accompanied by [[[Fantasia 2000]]]. You most certainly want Fantasia one way or the other so the ultimate decision is how badly do you want the follow-up feature.

It was said that Disney intended Fantasia to be a living laboratory as segments were added and dropped every few years, keeping it fresh and imaginative. The lack of business scuttled that plan until 1990 when Roy E. Disney, Walt’s nephew, got animators started on a new version. This time, three of the original segments were to be retained with five new ones added but in the end, Mickey remained and everything else was new and nowhere near as wonderful as the original.

The original Fantasia was edited and re-scored and altered throughout the years but with the passage of time, Disney’s crew has been slowly restoring it to as close to the original 125-minute roadshow release as was possible. About the only questionable edit was keeping a few seconds of a racist black centaur on the cutting room floor, but what you get on the Blu-ray is the definitive version and the one to endure. The restoration and transfer are pristine, which has become the Disney gold standard. Obviously, this was made to be heard as well as seen so the audio is equally exceptional. 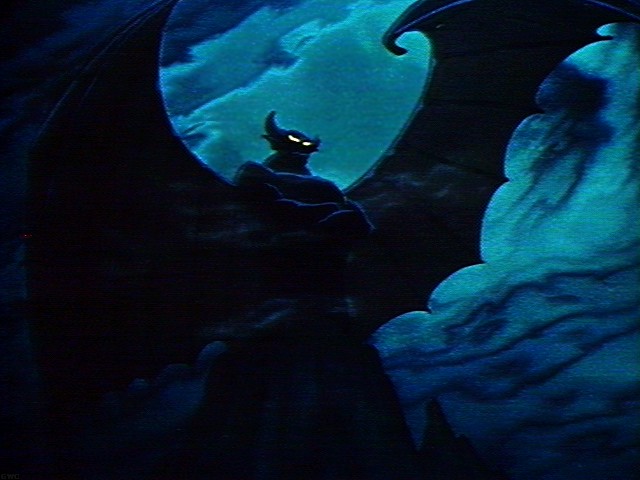 The eight segments and their interstitial connective pieces are
presented as intended and they never fail to entertain. While most adore
Paul Dukas’ “Sorcerer’s Apprentice”, my favorite segment has been and
remains Modest Mussorgsky’s “Night on Bald Mountain” which was coupled
with Franz Schubert’s “Ave Maria”. It contains incredibly powerful
imagery well matched to the mash-up.

Fantasia 2000 shows how far animation has come and the producers
deserve credit for avoiding computer trickery. The segments are far less
memorable and the connective segments are questionable in the use of
people such as Steve Martin to discuss themes which act as “palette
cleansers”. The music and animation are fine and entertaining but
there’s nothing overly memorable from this version so perhaps this was
an experiment that was not meant to be.

The four-disc combo pack, which Disney sent for review, contains the two
films on both Blu-ray and standard DVD. The standard versions have
scant extras and the good stuff can be found on the Blu-ray editions.

Previous commentaries and featurettes are retained and are quite useful
to understanding how the films came to be. Film aficionados will find
the history fascinating. You get Art Galleries and a promo for the
Disney Family Museum located, oddly, in San Francisco.

One of the new features is “The Schultheis Notebook”, which is described
as a newly discovered document regarding the special effects.

What’s nice is that you can watch the movie using their “DisneyView”
mode so the letterboxing bars are replaced with newly created graphics
to enhance the overall image.

Fantasia 2000 has commentaries as well, but the real reason you want the combo pack is so you can have [[[Destino]]],
a short film that was started in 1946 and finished only a few years
ago. It was a collaboration between Disney and Salvador Dali that was
abandoned. More recently, it was revived and completed, wining an
Academy Award in 2003. Not only is the short here, but so is a lengthy
documentary on its history.

Both Blu-ray menus are thematically appropriate so you hear different
musical notes as you select menu options. This one’s for the fan of the
music or the animation or is a Disney completest. Meaning, most of ComicMix’s readers will want this.