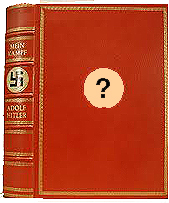 It’s spring, that magical time of year when the flowers bloom, birds sing, and school libraries publish the list of books most frequently banned or attempted to be banned.

This year’s list is a mixture of new best sellers and timeless classics. You’ve got your Hunger Games, your To Kill a Mockingbird, your Brave New World and your Gossip Girl. There is a guide that explains to kids about what happens to mom when she is pregnant, and the reason it’s listed is because it is “sexually explicit.”

Look, I understand that most school libraries have limited budgets and limited shelf space. They can’t stock every book in the world. Someone has to make decisions about what gets purchased and where it gets shelved.

The problem is who gets to decide.

I’ve been the mother of a first-grader, and if there arose a ridiculously hypothetical situation wherein my six-year old came home with Brave New World, I probably would have a talk with his teacher. I think it is inappropriate (my kid would have just learned his ABCs, so I think Alpha and Beta might be a stretch), but rather than try to get it banned, I would hope to understand what the teacher was thinking. Maybe there is a new pedagogical theory that I don’t understand.

But no one is complaining about Aldous Huxley being taught to first graders.

The idea that someone is objecting to To Kill a Mockingbird because of “racism” is ludicrous. It’s a story about racism, how it affects people of all races in a community. It’s great novel, beautifully written and evocative. It’s also a great opportunity to start a conversation with students – most likely middle school or older – about how our country evolved and is still evolving.

A lot of the books on the list made their places because, according to their critics, they contain “sex,” “violence” or both. Some contain “nudity.” Some have “language.” I have trouble imagining books that don’t have at least a few of those elements. How can you describe human interactions without at least one? How can they teach the Bible (any version) or Shakespeare without them?

Some parents say things like, “I don’t want the schools teaching my child about sex/racism/war. I want to do it myself.” And that’s all well and good. However, one doesn’t teach a child by restricting information. If the school teaches something with which one doesn’t agree, one should use that as an opportunity to demonstrate one’s own position. As a Jewish parent in a predominantly Christian society, this was something I did regularly.

Some parents don’t want their children exposed to any ideas that might influence their kids to think independently. I have to wonder why these people had children. They would be happier with dogs.

Why does this matter to comics fans? Because the people who decide to ban books from school libraries are the same people who think comics are just for kids, and therefore should face the same restrictions they think are appropriate for school libraries. These people are why the American Civil Liberties Union has always included comics as part of their mission, because they remember that the attacks against comics in the 1940s and 1950s were attacks on all of us.

Our democracy can only succeed when all members have access to the marketplace of ideas. That includes Mein Kampf and Heather Has Two Mommies, Twilight and The Catcher in the Rye, Harry Potter and Captain Underpants. It also includes Superman and Spider-Man, Hellboy and Preacher, Fun Home and The Playboy.