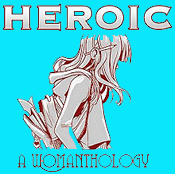 A few weeks ago my dear friend Lisha invited me to a dinner party.

I especially hate those where I don’t know the majority of people at the table. I hate them with a passion. I’d rather sit at home alone with a bowl of Frosted Flakes watching movies than attend 99.9% of the dinner parties I’ve been invited to.

I don’t care if they are serving my three favorite foods in the world, steak, lobster or bacon.

I’d do anything for bacon, but as Meat Loaf says “I won’t do that.”

I just cannot abide people sitting around a table getting drunk and talking smack about things I just could give two cents about. I always end up in a debate with someone over something and the person who invited me in the first place always ends up apologizing for me pimp slapping someone verbally.

Case in point: the last dinner party I attended was around four years ago. If that seems like a long time it is, now consider this, I’m invited to a dinner party at least at the very least 5-10 times a month. That’s a lot of dinner parties, is to not?

The previous dinner party I went to I got into it with a woman on, of all things, being black. She thought I didn’t know how to be black.

She was a white wasp in her mid-fifties and she just could not understand why I was not supporting Obama. This was during the Democratic primary season and at the time I was a Hillary supporter. This woman could not imagine a black person who was not prepared to vote for Obama. I tried to explain to her that I supported Hillary because I thought she was a better candidate and I just wasn’t prepared to vote for Obama just because he was black.

She didn’t get it. She refused to get it. After a good 20 minutes of her telling me how ignorant I was I had had enough so I went… here… “Voting for Obama just because he’s black would be like marrying a women just because she’s a Ugly Bitch. It makes no sense to me, but clearly it made sense to your husband.”

That sort of things always happens to me at dinner parties, so I simply do not go.

This occasion, I did go. I went because lovely Lisha invited me. Truth be told, I trust Lisha like I trust few people. I figured if the people there were Lisha’s friends I was in good hands…and there might be bacon!

The party started at 7:30 pm and I didn’t get to the house until 8:30. I had a few challenges finding the home and more than once I considered just going home. Home to my Frosted Flakes, movies… and bacon.

Right when I decided to go home I found the residence (guided by Lisha’s phone call) so I walked in to the Lion’s Den trusting that Lisha had not put me in the middle of a Herman Cain rally.

Everyone in the party was ultra cool. Well except for this one black guy who kept eyeing me… (It’s a Black Man thing; you wouldn’t understand) but discounting him these were all great people.

At the party I noticed a young lady who was breathtakingly beautiful. I mean she was stunning. She also had a great smile and there was an empty seat next to her so

I ended up sitting next to her… what???

Her name was Paige, she was beautiful, smart and she was also something that almost knocked me off my feet…

Paige, her mom and I hit it off pretty well mostly because they both have a sense of humor and, as most people know, I’m a funny guy.

She’s a fantastic artist. She showed me some of her work and again, the level of sophistication to what she was showing me was wonderfully beyond her years.

Paige and I spent most of the party talking about art. She loves to draw and is going to a prestigious high school for the arts.

Paige wants to be an interior designer.

Don’t misunderstand me, Paige would be an incredible interior designer, in fact she already is. Her mom told me Paige designed their home and it looks fabulous.

The problem is I want Paige in the comic and related industries and I’m trying to figure out a way to get her interested in such. Not too long ago I wrote an article about what it takes to make it in this industry. Paige at 14 has everything I was talking about.

Over the weekend I attended Wonder Con and caught up with my dear friend Barbara Randall Kesel. She was sitting with a few other women artists signing this incredible book from IDW called Womanthology / Heroic.

It’s a hard cover anthology featuring women artist. I brought two, one for myself and one for my girl Tatiana. The book is simply wonderful. I need to buy another one because even though the artist signed my book to me, I’m giving my copy to Paige.

If anything can cause her to take a look at comics as a career it’s this book!

Paige is going to be my guest at Comic Con. I’ll take the time to introduce her to the playa’s in the industry and hopefully she will take an interest. Who knows maybe she will decide to be a comic book creator and an interior designer? I’m sure she could do both-she’s that talented.

No idea if Paige will see this as I’m sending it to her mom first to make sure it’s OK. If you are seeing this, Paige, I hope you consider becoming a creator in an industry that is great and can use new blood like you.

If not-I want my book back and I’m spreading a rumor on Facebook that you have been in and out of jail since you were three.

Your move young lady, your move.