A Petition to Nicolas Cage: Support Ghost Rider’s Creator Even If Marvel Won’t 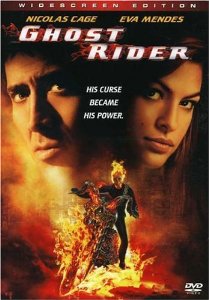 I have read that you are very dedicated to making Ghost Rider II a success, so much so that you have taken a hefty pay cut in order to get this film made. Unfortunately Marvel Enterprises has won a settlement of $17,000 from artist Gary Friedrich (I am sure you know Mr. Friedrich is one of the creators of the Ghost Rider character).

Marvel winning a lawsuit against a financially destitute and unemployed senior citizen who helped create the iconic character that is the subject of the movie you care so deeply about has created a distinct antipathy toward your project. The negative effect Marvel’s lawsuit has caused is perhaps far greater than you know. Facebook and Twitter are aflame with negative comments, petitions and people urging others not to see your film solely because of Marvel’s treatment of Mr. Friedrich. You stand to lose millions because of the public relations disaster Marvel has caused.

Mr. Cage, I know how you can personally overcome this PR nightmare, save your movie and make yourself a true hero in the eyes of the comics and movie-going public. Do you want that and more positive publicity than you have ever had? All it would take for you to be a true hero to millions of people is $17,000. That’s less than the price of a car. Give $17,000 to Mr. Friedrich so that he can pay Marvel. Save your movie by saving Mr. Friedrich.

My best regards to you, Mr. Cage. I hope to see you at the movies.

ComicMix supports this wholeheartedly. As Marvel would put it themselves, ‘Nuff Said. (And now Marvel can sue us too.)