EDITORIAL: Why ComicMix Is Against SOPA 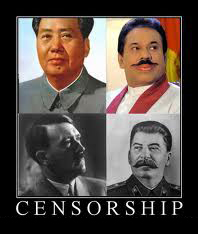 In 2009, we ran an article about Astro Boy and the then-upcoming movie. We got some grief from the law firm representing the movie studio IMAGI, complete with cease and desist letters, over using earlier released concept art as an illustration for the article. We responded by posting the C&D letter, and telling Imagi that we would remove not only the image, but all articles about the Astro Boy movie, and would no longer provide coverage for any IMAGI properties, just to be safe. The President of IMAGI apologized for the “error” and backed off.

Luckily for us, SOPA was not a law.

If it was, the law firm could have simply decided to not even contact us at all, but instead simply shut us down. Completely. Without warning and without legal recourse.

This is a prime example of what SOPA, the “Stop Online Piracy Act” (and the US Senate version of the same bill, PIPA) is intended to do by design: a law written by Hollywood interests that give them the right to shut down a website for “copyright infringement”. Ostensibly the law would protect against piracy, but as written, the law is overly broad and dangerous, putting the burden on website owners to police all material and allowing for the unnecessary blocking of entire sites without notification and without exemptions for fair use, and no safe harbor provisions. Small sites such as ComicMix won’t have sufficient resources to defend themselves, let alone survive a protracted shutdown.

We here at ComicMix believe that SOPA is designed to give corporations the ability to silence any web site they don’t like, with no oversight and no appeal. We are further disturbed that not only have DC and Marvel’s corporate parents, Time Warner and The Walt Disney Corporation, have come out strongly in favor of SOPA, but that Marvel has gone above and beyond in declaring their support for it.

One simply has to wonder how much Marvel would like SOPA if the heirs of Jack Kirby decided to shut down Marvel.com.

Numerous other sites such as Wikipedia, Google, Reddit, and WordPress have gone dark today to signal their opposition to SOPA and PIPA. We add our voices to the chorus, and ask that you contact your representatives and senators today to add yours.

For further information, read this brief from the Electronic Frontier Foundation.