A reply from Imagi about ‘Astro Boy’ 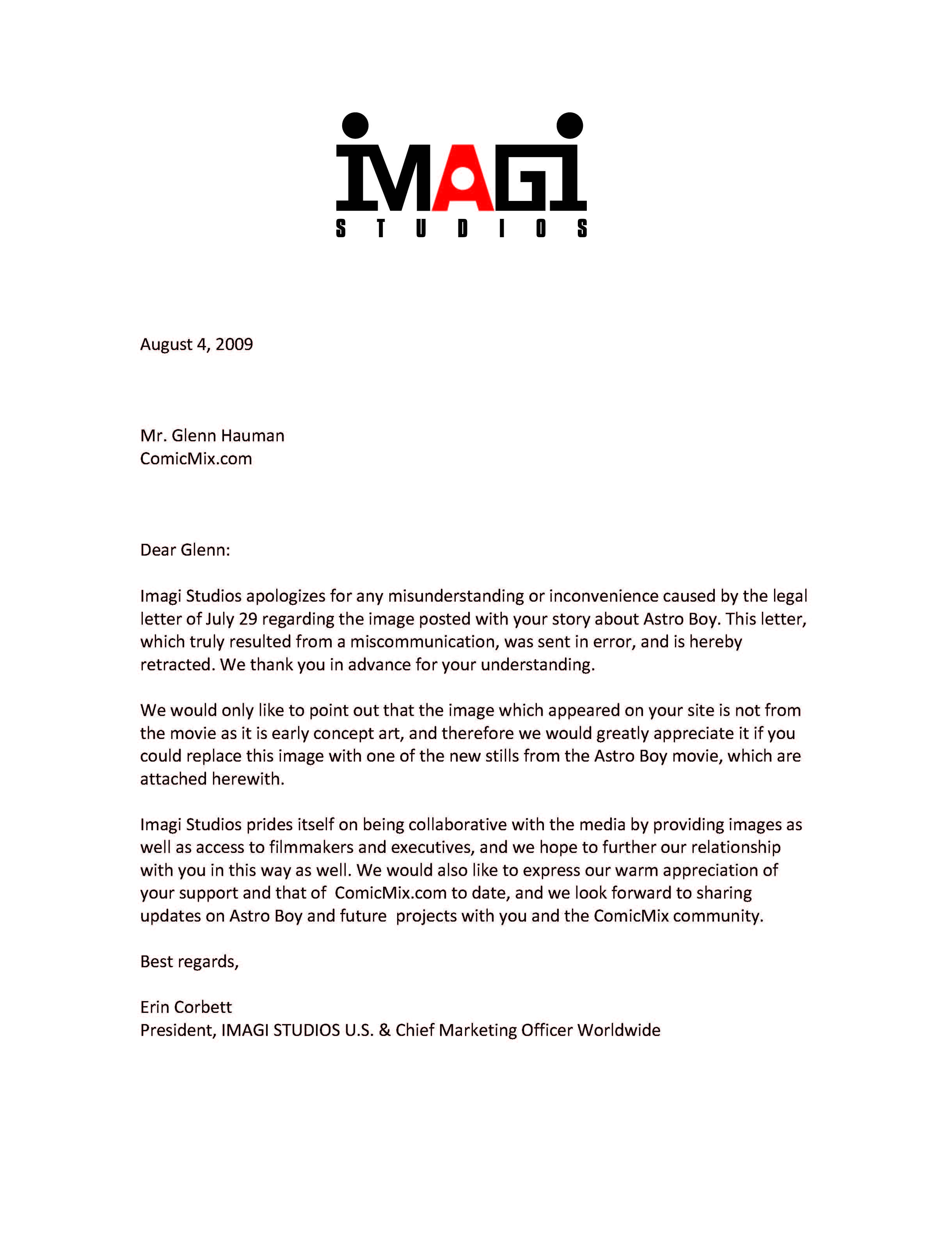 With regards to the recent C&D letter from Imagi’s lawyers, we’ve received the following:

Imagi Studios apologizes for any misunderstanding or inconvenience caused by the legal letter of July 29 regarding the image posted with your story about Astro Boy. This letter, which truly resulted from a miscommunication, was sent in error, and is hereby retracted. We thank you in advance for your understanding.

We would only like to point out that the image which appeared on your site is not from the movie as it is early concept art, and therefore we would greatly appreciate it if you could replace this image with one of the new stills from the Astro Boy movie, which are attached herewith.

Imagi Studios prides itself on being collaborative with the media by providing images as well as access to filmmakers and executives, and we hope to further our relationship with you in this way as well. We would also like to express our warm appreciation of your support and that of ComicMix.com to date, and we look forward to sharing updates on Astro Boy and future projects with you and the ComicMix community.

Erin, your apology is accepted. We’ve restored the articles to the site, and while we won’t replace the image, lest we be accused of histroical revisionism, we’re happy to make an annotation to the article indicating it’s early art and share the newer images with the rest of the world– starting with the one above, which I think is one we haven’t seen before.