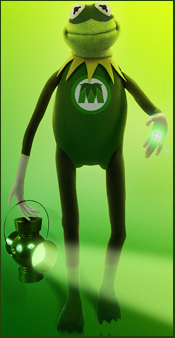 I read an article in Entertainment Weekly about the collective failure of the Christmas movie season overall. Some, like Mission Impossible: Ghost Protocol, did well and some, such as The Adventures of Tintin, did much better overseas (where Tintin is a better known commodity) than domestically. EW opined a variety of possible reasons, including the economy and the concept that there wasn’t a real “tent-pole” movie. However, there were some really good films out – Hugo (which I loved), for one, and The Muppets. I have a thought on another possible contributing factor.

I know a number of people who will wait for the DVD of a movie or to see it on their computer, tablet, or smartphone. It seems to me a whole generation would almost prefer to see it that way now. And I can’t help thinking that’s a mistake.

Mind you, I’ve seen many movies that I missed in the theater via DVD, Sometimes, it doesn’t matter. A smaller intimate film can work just as well on a small screen. I probably won’t get to see Tinker, Tailor, Solider, Spy until it gets to my TV screen and I think that will be alright. However, I know other films suffer.

For example, I’d seen John Ford’s The Searchers for years on the small screen and loved it. One of John Wayne’s best performances (and, yes, folks, the man could act). Several years ago, I got a chance to see it in a movie theater in a restored print. The impact was startling. Yes, I knew about John Wayne’s charisma but you don’t really feel it until you’ve seen a close up of Wayne in this movie and the image is the size of a house. And the final shot – Wayne with his back to us, framed by a door that slowly shuts – well, until you’ve seen it on the big screen, you haven’t really experienced it.

Seeing the climax of Casablanca, with those big head shots of Ingrid Bergman, Humphrey Bogart, and Paul Heinreid cross cut from one to the other, has far greater emotional impact on the big screen.

It’s not just the images, either. With the surround sound you get in the theaters today, you’re really enveloped in the movie. Think of the opening of Star Wars, the original one (a.k.a. Episode IV, a.k.a. A New Hope) – the blast of the initial theme, the crawl that recedes into infinite horizon, and then the first space ship darting out and it seems forever only to be followed with an even bigger space ship, and the sound and the music and all sucking you in. Magic. The first time I experienced that, I was hooked.

I don’t see how you can get that on a smaller screen. When I watch movies on DVD that I’ve seen in the theaters, I bring with me the memories of what that theater experience was and it enriches the viewing that I’m having with on the smaller screen. If it comes to a choice to seeing a movie only on DVD or a movie channel or not to see it at all, I’ll take the small screen experience and do it happily. It gives me an experience of the movie – but I know that it’s not the same as seeing it in the movie theater where it was intended to be seen in the first place.

There’s one final aspect of the theater experience for movies and I’ll be the first to say it’s not always positive – it’s a communal experience. It’s a shared experience with others. Yes, some of those others can be boorish morons. I’ve had the people near me who continue to chat through the film, having a running commentary about the film or about some imbecilic portion of their daily life that could just as easily wait until they were outside. It’s become a good reason why I should never be allowed to carry a gun. Yes, I’ve had people who forget or refuse to turn off their cel phones and who chat or text through the film, oblivious and/or indifferent to the fact there are other people in the theater. Maybe if they could pull their heads out of their digital asses, we’d all be happier.

But I’ve also been with audiences that add immeasurably to the experience. We laugh, gasp, cry, cheer and so on together. The film finds bonds in common between us and that is something devoutly to be wished in this day and age when so many things around us keep tearing us apart, putting up walls, and suggesting we are all enemies.

The people making the movies meant for us to see it in a theater. That’s where its truest experience lies. I’ve heard of so many people today who simply shrug that off and all I’m saying is that I think that’s a mistake and they’re shortchanging themselves.

Treat yourself if you can. Go out to the movies.