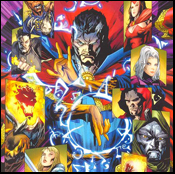 What the hell is that noise?

Oh, yeah. The alarm on my cell phone.

I snuggle under the covers.

The Giants are playing the Falcons today in the first round of the NFL playoffs. Kickoff at 1 p.m. Probably there are people already at the stadium, setting up their tailgating parties, firing up the grills, sipping hot coffee or tea (and, sadly, guzzling the first beer of the day.)

Glenn (my brother) is probably on the road already, driving up from the New Jersey suburbs of Philadelphia. Probably almost all of Philadelphia is rooting for the Falcons to kick the Giants’ collective ass. It’s not easy being a Giants fan down there.

Okay, I’m up. It’s cold. Shit, yesterday it was over 60°. Today, not so much. Good football weather thought. I put on my robe. Go into the kitchen. I squint at the bright light as I flip the switch. Turn on the stove for my cuppa tea. Can’t do anything without my cuppa.

Go into the bedroom. Put my robe on. Shit, it’s really cold. Good football weather, though. ‘Specially for the Giants. The Falcons play indoors. The cold and the crazy winds at Giants Stadium – I refuse to call it Metlife Stadium – will hopefully work against them. I turn on my computer.

The teapot is whistling. I pour my nice cuppa tea. Last night I prepared everything; the steaks are marinating, hot dogs are in aluminum foil, the cooler and the grill are pulled out and ready, utensils, paper plates, everything’s set. Glenn’s bringing the Bloody Marys and the charcoal. Food tastes better without that propane smoke.

Got about an hour, hour-and-a-half ‘till Glenn gets here. All I gotta do is sit down and write my column. Then take a shower and get dressed.

I wonder how Eli is feeling? Where is Victor Cruz right now? Is Justin Tuck already in the locker room? Is Mathias Kiwanuka having tea too? Or coffee?

What’s going through the minds of the Giants? And the Falcons, for that matter?

I wonder about superheroes and their evil doppelgangers. What if their battles were scheduled? What if they watched films of last week’s battle? What if they studied playbooks? Would they be replaying that sack, thinking “if only I’d just stepped to the left?” Would they be thinking about that perfectly thrown right hook that somehow missed? What would they do, what would they think about before going up against each other?

7:30 a.m. The doorbell has rung. This column is now interrupted because Glenn is already at my door and we’re going to the Giants game! Go, big blue!

5:55 p.m. I’m back. Giants won! 24 – 2. (Falcons got a safety due to a bullshit call by the end zone ref who threw a flag 25 seconds after the play was called dead. (I really, really, really hate when the refs do that.) Gotta admit the first quarter sucked (for both teams), and the second quarter wasn’t much either, although the Giants did score a TD to make it 7 – 2 at the half. But the second half rocked!

Okay, where was I?

Wouldn’t it be interesting to write a story about the hours before an “epic battle” between the hero and the villain? You never actually see the fight scene – well, maybe the first punch, the way Rocky III ends, y’know? You just build up the tension going on inside the hero, inside the villain. It could start like my morning did, with the alarm clock shattering the deep sleep of Peter Parker and Mary Jane – sorry, but I prefer that “timeline.” And Electro was up all night, couldn’t sleep, thinking about his past battles with Spider-Man and letting his inferiority complex eat at him. Captain America wanders the streets of Washington, D.C., past the Capitol building and the monuments, ending up at Arlington cemetery, while the Red Skull visits Auschwitz, remembering the “glory” of the Third Reich. Doctor Strange spends the night in deep meditation, while the Silver Dagger ponders God and the Catholic Church at the Basilica of St. Peter in Rome.

I could go on – and end up writing a story treatment and then some asshole will read it here, and I’ll get all pissed off, so I’ll stop here.