I’ve started to measure time in “DC Comics Reboots.” Usually about four years, give or take. In other words, if Abe Lincoln used that designation his most famous speech with have started “21 DC Comics Reboots ago…” Yes, I know DC insists it’s not a reboot, despite cancelling and replacing their entire superhero line with new versions of the same old thing. And I suppose Superman doesn’t have a Big Red S. 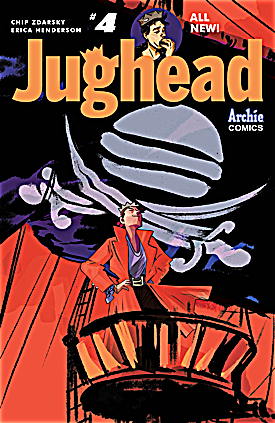 O.K. Jughead is asexual – although I’d bet he won’t be in the CW teevee series. But I ask you this: did Kevin Keller out him by saying so in public at Riverdale High? Don’t get me wrong; that was a great scene and it feels as though the revelation was common knowledge. But, like Martha and Joe before me, I hadn’t thought about asexuals being a class of people subject to routine discrimination. It’s been a while since a mainstream comic book actually lit the flames of thought inside my fevered brainpan.

Deadpool was the Airplane! of superhero movies. Brianna Hildebrand’s scene where she halts the big battle sequence in order to finish texting was brilliant and Stan Lee’s cameo was the finest use of a nonagenarian comic book writer ever. However, I think Stefan Kapicic owes Paul Frees’ estate a check for his use of Boris Badenov’s voice, and at the end where Morena Baccarin worked things out (no spoiler alert), I kind of felt sorry for Detective Jim Gordon. Although, to be fair, Morena’s had a great deal of varied superhero work in recent years. 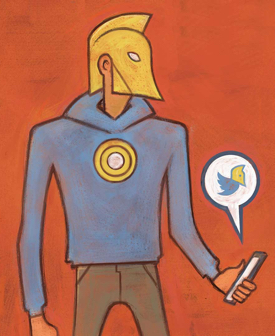 n last month’s issue of Doctor Fate – a wonderful and soon-to-be-cancelled New52 series – writer Paul Levitz deployed my favorite verse from the Koran. Yes, sports fans, I actually have a favorite verse from the Koran. Of course, Islam being an organized religion and therefore greatly disorganized, the verse is phrased in a variety of ways and its veracity has been questioned by some. But the line goes “Blessed is he who makes his companions laugh” and I think that’s a great sentiment. Nice job, Paul.

Riddle me this: How many Spider-Men does it take to fill the Marvel Universe? Answer: How many have you got? I wouldn’t be surprised if there were more Spideys right now than Green Lanterns. So stop bitching about the inevitability of concurrent Sam Wilson and Steve Rogers Captains America. That’s only two. Thus far. Oh, wait. Isn’t there a teen-age girl from 2099 or from another, no-longer existent universe? O.K. Three. 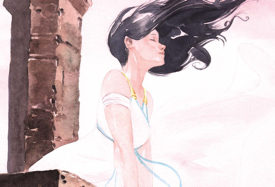 Counting up the number of secret origins devised for Wonder Woman over the past 75 years is akin to defining π to the last decimal point: you’re going to give up or die of old age before you complete your mission. I might have read them all, but I’ve probably read nearly all. And the current one that’s unfolding in Legend of Wonder Woman is, by far, the best thought-out and best realized of the bunch. Kudos to Renae De Liz and Ray Dillon on a thankless job – thankless because it’s not the origin in the upcoming Wonder Woman movie and, therefore, probably will be ignored. I hope not.

Now that Playboy magazine has dropped the tits’n’snatch, the relic from the beat generation has decided to off the cartoons as well. This surprises me only because its two most famous cartoonists, Gahan Wilson and Hugh Hefner, are still alive. Well, in ‘Ner’s case, that’s subject to debate. Nonetheless, it’s a shame that the magazine that regularly gave us the work of Jack Cole, Jules Feiffer, Shel Silverstein, Bobby London, Harvey Kurtzman and Willy Elder will not extend that welcome to a new generation of artists. I’m not sure what Playboy’s place in this world might be, but I’ve been asking that question for several decades now… as have a great, great many of former and current employees and contributors to the publication. It’s not the end of an era; that era ended the day Al Gore learned how to spell “Internet.”