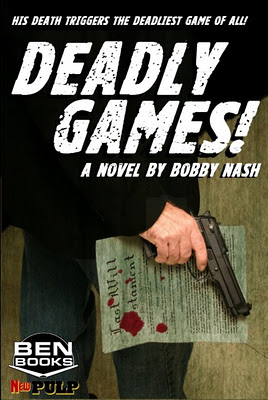 Barnes & Noble is currently running a sale on Deadly Games! the new thriller novel by Bobby Nash at http://www.barnesandnoble.com/w/deadly-games-bobby-nash/1036007379?ean=9780615553436&itm=2&usri=deadly+games+bobby+nash