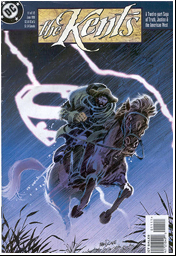 Like everyone else, I watch too much TV and see the occasional movie or read a book or two and I have my own reactions to them. Here’s some of what I’ve seen, good bad and indifferent.

Boss, on Starz starring Kelsey Grammar as a tough mayor of Chicago. I’m an old time Chicago boy and a series set in Chicago, dealing with its mayor, and using actual Chicago locations, will always attract my eye. I was so looking forward to this. However, by the third episode, I was taping it and I haven’t gotten around to watching those episodes and then I just stopped. I didn’t care. Too much melodramatic bullshit.

The main character, Tom Kane (obviously named for Tom Keane, a formerly very strong alderman in Chicago, later imprisoned), is diagnosed in the opening moments with some sort of brain disease that can’t be cured, can’t be operated on, and is going to mess him up royally before the end and, of course, he opts to tell no one. We never get a chance to see who he is without the disease; it’s part of what defines the character from the beginning. His wife is an ice queen although very supportive politically. They have a daughter who is now an (I think) Episcopal minister. The parents are estranged from her because she has also been a junkie in the past and looks like she’s going to be that way again. The mayor also has a young female aide who is pretty and has sex with inappropriate men apparently in semi-public places because, you know, ratings.

The creators have a good cast but they don’t apparently trust the setting enough to generate real material because they saddle it with all the nonsense above. You only have to look at political drama in Chicago and Illinois in recent years to find plenty of material. The prison bound Rod Blagojevitch alone could have been a stunning model for a TV series if some of his doings (real or alleged) didn’t appear so preposterous. He sounds too made up. He’s also a hell of a lot more interesting to me than Boss turned out to be.

You want something of Chicago that has real snap and bite? Max Allan Collins has released a volume collecting his Nate Heller short mysteries called Chicago Lightning. I recommended his Nate Heller novel, Bye Bye Baby, earlier and I’m equally enthused for this. It runs the gamut of Nate Heller’s career and is great reading. Highly recommended.

Anyone who knows me knows that I’ve gotten heavily into Westerns. I’ll plug myself by reminding folks that DC is releasing The Kents historical western miniseries that I wrote. It was originally done in twelve monthly issues and then gathered into a single TPB. This time they’re releasing it in three 100-page spectaculars, each gathering four issues (it was written that way, every four issues an arc). The first two of these are now out and the third will be out next month. Some of my best stuff, I think, and my artists – Timothy Truman and Tom Mandrake – have been my partners-in-crime for a long time.

Anyway, this is really a prelude to my looking in on AMC’s western Hell On Wheels. Another series I was looking forwards to and, again, I started taping it and then abandoned it. Very violent (which is okay but it seems violent for the sake of violence) and I haven’t gotten into the characters. You could spot who was going to be dead early on. It wants to be Deadwood which, even with its faults, was superlative. I may give it a try again at some point but I’m just not feeling drawn to it right now.

Finally, to end on an up note – Martin Scorsese’s Hugo. Saw it and loved it. It’s a love letter to the movies from a master film maker who loves movies. It drew me in from the opening frames. There’s a long tracking shots (who does long tracking shots these days? How many directors can?) that pulls you right in. I’ve seen some grumblings about its length and pace, but you won’t hear that from from me. Scorsese loves movies but he also loves story and he weaves a wonderful, rich, emotional story with a wonderful cast and an eye towards detail.

We saw it in 3-D and that’s how it should be seen. Simply one of the best uses of 3-D I’ve seen, and I’m including Avatar. This is what happens when a master filmmaker gets a new tool – not a gimmick, but a tool – and figures out how to use it. Every effect is to tell the story and make it more real, more immediate.

I also know a lot of people who are waiting to see it on DVD or their iPhones or iPads or whatever and that would be a mistake. It’s meant to be seen in a theater; if I could find it somewhere near me in IMAX, I would go see it that way. I’ll own the eventual DVD but it will simply remind me of the experience I had at the movie theater. That’s what Hugo was for me – an experience and one I’m so glad to have had.

All the above are just my reactions. Your mileage may vary.