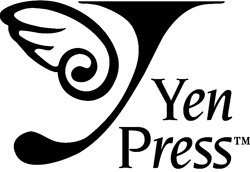 This week’s Reviewing the Mail begins with a long-distance shout-out to Ellen Wright, who started at Wiley the first week I did, but has since moved up and on to working in Publicity with the fine folks at Orbit US. My pipeline of Yen Press titles — Yen being the manga arm of Orbit — had dwindled recently, probably because I hadn’t reviewed many of their books in that same period [1], but I now have a batch of them here, and I hope they’ll continue. (Though, again, I imagine I’ll need to review some of those books for Yen to want to keep sending me books — it’s really not difficult to see how this works, if you’re capable of consider other people’s point of view.)

So hooray for Yen, which will be the bulk of this week’s post. But, before I get into that, first comes the ritual explanation: this is all stuff, as you might have guessed, that came in my mail this week, all sent by publishers who hope I will review and love these books and thus urge all of you to buy and love them in turn. This is the crucial bit: I have not yet read any of these books, and it’s entirely possible (you should see the stacks of review copies I have!) that I won’t get to any specific book here. Thus, what I’m about to type at you is somewhere between an educated guess and a wild surmise, based on my prior knowledge and what these books themselves tell me when I examine them closely.

— and, yes, there is a period in the title, for reasons I’m not entirely sure of — by the manga team CLAMP, is a fantasy romance whose title character is seeking to fill up a magic bottle and falling in love with a co-worker (while, of course, knowing, in best girls’ manga fashion, that she’s totally unworthy of his love).

My Girlfriend’s a Geek, Vol. 5

is the end of this story by artist Rize Shinba and writer Pentabu, and it’s more self-evident. (Of course, you have to remember that Yuiko, the girlfriend of the title, is a Japanese geek — and a female one at that — so her targets of obsession are very different from your standard North American male geek’s would be.)

by Ryukishi07 and Karin Suzuragi is apparently the sixteenth book overall in the Higurashi: When They Cry series (I covered the very beginning of that series when I reviewed the early issues of Yen+ magazine in 2008, but I don’t seem to have covered any of the twists of the story since), which started out as a corrupt-town story with some odd harem-manga elements — it’s probably changed quite a bit since then in the intervening thousand pages, of course.

, by Masahiro Totsuka and Aguri Igarashi, looks (from a quick flip through it) like a pretty typical high school sports manga — focusing on a girls’ kendo team and their male coach — but the back-cover copy instead talks about TV personality Ryouko Toda, her sitzy costar Erina, and the sports-based TV show they work for. So it’s clearly about girls playing kendo, but the precise details are somewhat fuzzy to me.

, illustrated and adapted as usual by NaRae Lee. If the series is still adapting the Patterson novels at the same speed, this should contain the big finale of the second novel, plus much of the beginning of the third. As before, it’s a YA story about a secretly-created race of bird-people, who are on the run from the eeeevil corporation that created them and the equally eeeevil wolfmen that it created after them.

— by Hotaru Odagiri — has one of the odder titles I’ve seen in a while, and seems to be a demon-fighting story (with the usual lost heir who will have the greatest power ever), though the art has a serious BL vibe to it.

, a high-school set music manga by a creator who bills himself as Kakifly. It focuses on five girls who are in a band, though I think this is more of a club-based school activity — particularly because, in my experience, everything in a Japanese high-school manga is about either a club or the president of the class — that mines humor out of their clashing personalities.

And last from Yen this month is Spice & Wolf, Vol. 5

, the latest light novel in the series by Isuna Hasekura. (I reviewed the first book in the spin-off manga series last summer as part of Book-A-Day.) It’s a medievaloid mercantile fantasy series, in which cart-based merchant Kraft Lawrence, in his profit-seeking wanderings, picked up the minor harvest deity Holo (now a cute young wolf-eared and -tailed girl without much in the way of actual divine power), and now they wander together seeking adventures and trade goods.

There are plenty of other publishers in the world — for instance HarperCollins, which is publishing Patrick Lee’s thriller Deep Sky

(finale of the Breach Trilogy, which began with The Breach

) as a mass-market paperback on December 27th. It’s about a tough federal agent — Travis Chase, of the super-secret Tangent — battling nefarious forces that use the strange objects (primarily technological, I’m happy to note) that appear from a wormhole-like physical anomaly called the Breach.

To return to manga again, I also have tow books being published by Vertical this month:

And last for this week is an actual science-fiction novel — I know some of you think they hardly exist any more — but it’s a twenty-year-old SF novel: Robert Charles Wilson’s 1991 novel A Bridge of Years

is being reprinted in trade paperback by Tor this month. Bridge is a time-travel story with an initial springboard out of Finney’s Time and Again

and going off in directions all its own.

[1] All you whiny reviewers, note this well: you are under no obligation to review a book just because you got it in the mail, but, by the very same token, publishers are also under no obligation to send you anything in the first place. What you have here is a relationship, and relationships flourish with honesty, fair dealing, and communication. Vaguely directed passive-aggressive rants about how you’re not going to talk to publishers that don’t treat you as a special delicate flower are the opposite of honesty, fair dealing, and communication. You don’t need to ask for books from publishers, but, if you do, you really need to consider their needs and desires as well, as you would in all of the other relationships in your life.