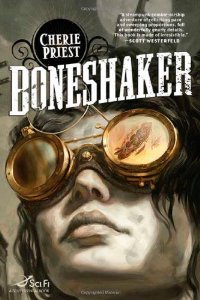 Hammer has already teamed with Cross Creek Pictures and Exclusive Media Group to produce the film, for which John Hilary Shepherd (Nurse Jackie) is writing the screenplay.

The book is set in an alternate 1880s Seattle, in which the city is walled in and a toxic gas has turned many of its residents into Rotters (zombies). A young widow hunts for her teenaged son in the Seattle underworld while dealing with airship pirates, a criminal overlord and heavily armed refugees.