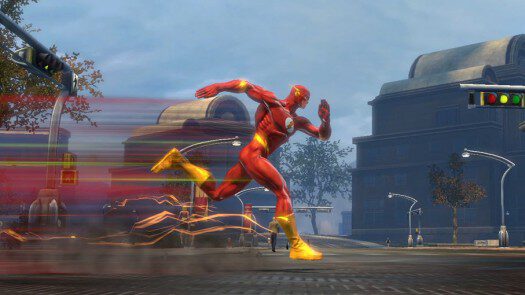 Sony Online’s DC Universe Online has had a pretty rough year. Between the server blackouts, the massive PSN hack, and dealing with a paid service to a broke community, they’ve fallen on some hard times.

But that isn’t stopping them from releasing tons of new content for their now free DC Universe Online. Just a few months ago, we were opened up to the world of Green Lantern with their Fight for the Light DLC. Now their continuing in the trend with a whole Flash universe-based DLC in Lightning Strikes.

Set to hit your console and PC next week on December 6th, the new features include a brand new Electricity Power set, as well as an all new map, new challenges, and tons of Flash-based characters for you to interact with.